Star Plus is a very reputed and popular television channel in which much dramatic and reality television series is aired to entertain lots of people in India. One of the most famous television series is Yeh Rishta Kya Kehlata Hai and many fans are waiting to watch it only on Star Plus. This show also streams on Hotstar. The producer of this show is Rajan Shahi and it’s started the show with famous personality Hina Khan and Karan Mehra on January 12, 2009. After that, the television series get lots of love and appreciation which results that the series currently airing on Star Plus and regularly entertain its fans. 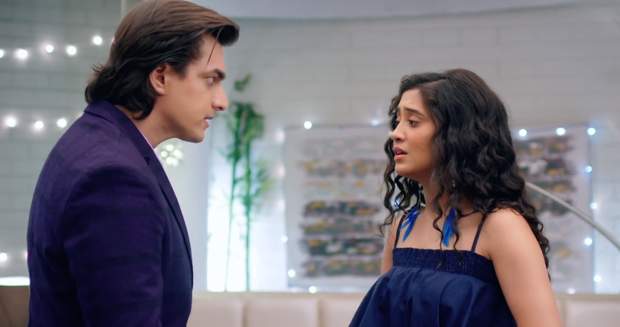 The latest update of Yeh Rishta Kya Kehlata Hai is here. Today’s episode starts with Naira asking Krishna not to cry. Naira and Kartik console Krishna and tell her not to cry. On the other hand, Suhasini gets upset to know that Krishna is present in the house. After that Kartik and Naira decide to talk with the family to stay back Krishna in the house. Later, Kaira decided to adopt Krishna. All the fans are waiting to watch the latest episode of Yeh Rishta Kya Kehlata Hai.

The television series get very high fame and popularity because of the brilliant performance of the star cast. All the fans always get the amazing performance of stars in the show. Everyone wants to watch the latest episodes and if you want to watch the television series Yeh Rishta Kya Kehlata Hai then it will be air on Star Plus at 9:30 pm. We are regularly updating all the information related to the topic. If you want to read all the written updates of the latest episodes then stay tuned with us. Here you will always get all the information about the topic.