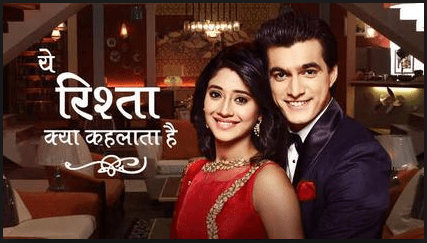 The latest episode of Star Plus TV show Yeh Rishta Kya Kehlta Hai begins with Lisa asking Naira where she was. She told her that Kairav’s fake dad was the same guy, who was in the stall next to them in the exhibition. She went on to say that she didn’t feel that he wasn’t Kairav’s real father and that their bond appeared very much real as if they two were father and son in reality. Lisa told Naira that there were tears in Kairav’s fake father’s eyes when he left and that she saw him shedding tears. Lisa received a call and left from there. She asked Naira to call Kairav’s fake father. Naira burst into tears remembering the glimpse of Kartik she saw in the exhibition.

In Yeh Rishta Kya Kehlata Hai 5th July 2019 episode, Kairav came to Naira and asked her to ask his father to stay with them just like other dads, who stay with their children. He said that he will tell his father that they miss him a lot. Naira had a dream in which she comes to Kartik and tells him that Kairav is his and her son and that she is alive. Kartik gets angry on Naira in her dream and asks her to go away. Naira wakes up and thinks about Kartik while he wakes up and checks his phone saying, Kairav’s mother is so weird as she didn’t drop any message and call. He said Kairav must be expecting to see him today as well. But he felt like he didn’t have the courage to break his heart.

Kartik’s parents said if Naira was alive, they would’ve had grandchildren too and that Vansh would’ve got a company. Next morning, Naira gave a yoga class to her students during which she noticed that one of her students was crying. She asked her what is wrong with her. Her student told her that her boyfriend has returned in her life and asking her to accept him. Lisa and Naira tried to console her. Naira got more upset after listening to her student’s problem and continued her yoga class. She received an emotional lengthy message from Kartik. Later, Naira took an unexpected decision as he left for the airport.

Live Updates: Urdu Poet Rahat Indori Passes Away at 70 in...