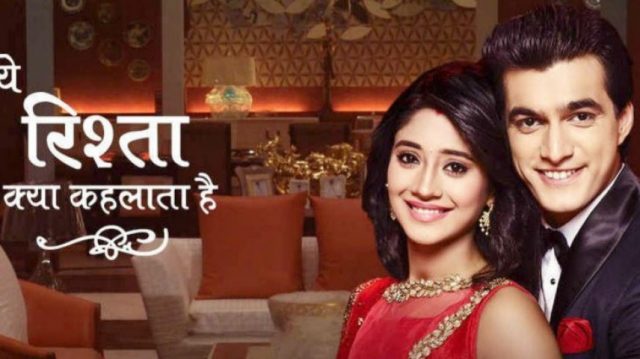 In the latest episode of Star Plus TV show Yeh Rishta Kya Kehlata Hai, Suhasini asks Kartik to sit with them. She asks Kartik and Vedika to pick up rings for their engagement. Kartik says to Vedika that he doesn’t have any choice in choosing rings. He asks her to pick up a ring for herself on her own. He walks away from there and tells Akhilesh that he doesn’t care about rings and all and that he would like to get married directly instead of thinking about it every day. He goes into his room. Vedika says that she isn’t familiar with these things and asks Goenka family to pick the rings for her and Kartik.

On the other hand, emotional Naira says to doctors that she’s ready to under all the tests. The attending doctor tells Naira that they need her old reports. The doctor says that they have started the treatment and that Kairav will gain consciousness in a short while. Naira thinks in her head how can she get the reports as they are in Udaipur. She decides to go to Udaipur. She comes to Udaipur along with Lisa and Kairav. The Goenka family prepares for Kartik and Vedika’s wedding. Suhasini says to Gayatri that she heard she has some problem with Kartik and Vedika’s marriage. She then asks Swarna if she talked to Luv and Kush. Suhasini asks if Luv and Kush are going to attend the wedding. Swarna tells her that they denied coming to the wedding.

Suhasini asks Swarna to take out Niara’s stuff from her and Karthik’s room and make way for Vedika. Lisa, Naira, and Kairav check into the hotel. Kairav asks Lisa why they are not staying at his father’s place. Naira reaches to the hospital, where she asks for her old reports. A male receptionist tells her that she cannot get the reports without the card or signature of the doctor. Stay tuned with us for all the latest updates of your favorite Star Plus TV show Yeh Rishta Kya Kehlata Hai and written episodes.