Naira says that she is worried about Kartik. Kartik thinks that he has to find out what is going on. Naksh worries about her wife. Kartik and Naira sleep but Naira thinks of Kartik that why he is too worried about everything. 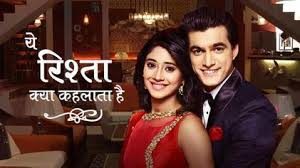 Swarna wakes up midnight and sees Kartik is reading some letter. The letter flies and comes in front of Swarna. Swarna becomes shocked and picks up the letter. Kartik asks not to read that. Swarna didn’t give him the letter. Kartik says this belongs to him and please return it. Swarna says Naira was worrying about you and maybe a problem is associated with this paper. Kartik says this is not regarding you. Swarna says that he considered her as mother and now he has to tell her. She reads the paper and remains still. Naira also wakes up and realizes that Kartik is missing. 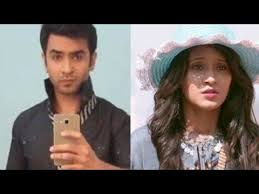 Swarna becomes amazed and looks at Kartik. Naira comes downstairs. Kartik says he doesn’t care that Raghav and Naira had some relation but he will not allow Raghav to spoil the image of my wife. Swarna says we should talk to Naira. Kartik says no he does not want to hurt her because if it is true then she will remember her past and if it is wrong then she will be extremely hurt. Swarna says Naira is so lucky to have. Naira comes there. They both get shocked. But Naira says that they are talking so seriously and she cannot ever know what is going on. She says she did not like that she is not on the team. Kartik takes a sigh of relief. Swarna says we are not planning anything daughter and praises Kartik. Kirti wakes up and kisses Naksh. Naksh looks at designs made by Kirti and admires her. She says that I get bored and made everything. Kartik gives that letter to Swarna and asks to place it safely. Anubhav, the friend of Kartik comes. Everyone greets him. Dadi asks where were he. The fiance of Anubhav meets Naira and suddenly he gets call of Raghav. Raghav says don’t cut the call and blackmails her and then asks if she is with Tina(Naira). Naira sees that she is in tension. She tells Naira about Raghav. Raghav sees Naira is smiling and gets angry.

Kartik becomes angry on Raghav. Raghav thinks that he will destroy Naira. Kartik thinks that Naira is his responsibility. Naira gets to know that Raghav did a big fraud and thinks now she will tell Raghav.