The latest episode of Yeh rishta kya kehlata hai starts when Kartik and Naira come home from rain. Tina asks if he wants to eat kachori. Kartik says how can I say no to your kachoris. They both play around. Sita comes there and sees all of this. She shouts and then thinks of herself. She thinks she is so concerned about Naira as this is happening on her back. Sita is so convinced that she will not do any business with this family. Tina and Kartik are there figuring out what happened. Sita sits there and thinks something. On the other hand, Kartik’s father is worried about the business. 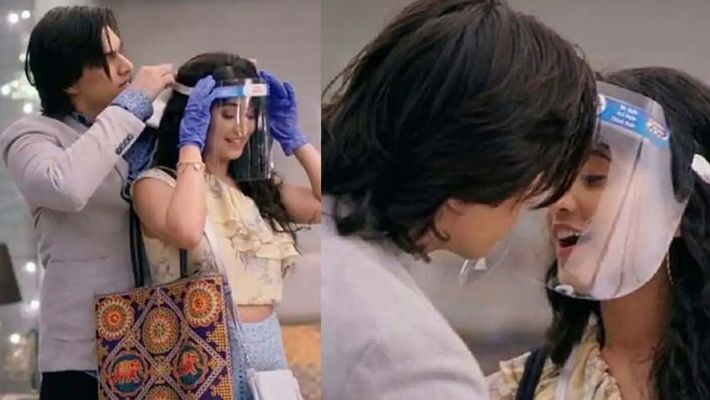 In Yeh Rishta Kya Kehlata Hai 20 July 2020 episode, Everyone in the family is worried about their business. All the ladies of the family comes and says they can start the pooja tomorrow as they are doing all the arrangements. Tina and Kartik come to Sita and thinks about what might be she is thinking of. They think that we will see. Sita says that nobody will go out until I say. Tina says that she will not follow her orders. She tells Kartik that because of Naira she went to her office as she said if she will not come then Sita will not give loans to their company.

Kartik asks her to stay. Tina goes but suddenly she falls off because of the Carpet.  Kartik suddenly gets tensed and shouts are you fine Naira? but then manipulates the word by saying that he will bring the Naira’s medicine box. Sita, on the other hand, is thinking that Kartik and Tina are having an affair. Kartik brings the medicine box and applies it. Sita says that we can apply for medicine from a distance also.

Things are becoming twisted in the serial ‘Yeh Rishta Kya Kehlata Hai’ but the audience is loving the new twists and story. Tina says that she wants to go to the lake. Sita messages his son and tells that she will not be giving any loan to this family. The family comes home and everybody becomes so tensed after seeing Sita. Sita asks where is Naira. Everybody gives different answers. Sita becomes suspicious. She says she has decided that she will not give any loan to this family as Kartik’s character is not good. For more Yeh Rishta Kya Kehlata episode written updates stay tuned with us.