Recap: As you know that Roshni agrees to come to Bhalla house and Ishita also gives her permission to go there and she also comes with her.

Now ahead:- Today’s (15.06.2018) Yeh Hai Mohabbatein episode starts with Bhalla’s home celebration of  Roshni’s baby shower ceremony starts and Param makes a wicked
plan to hurt Roshni and her baby too. He takes help from other two women in this plan to scare Roshni so that her child gets hurt and Roshni too as he does not want to see them happy. Bhalla welcome Roshni and sends her to the
room for rest so that everything could be fine. The room was set by Raman and Aaliya for special occasion’s eve of child shower ceremony. 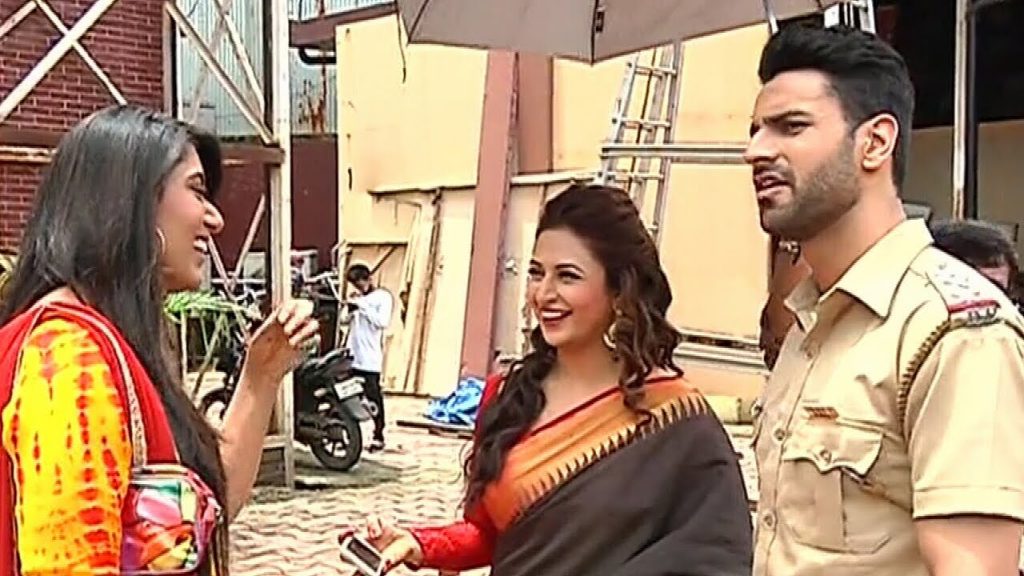 Both Roshni and Ishita get surprised by Aaliyah’s special surprise. Everyone gets happy with Aaliya’s great work. Aaliya says Roshni that if she needs something she can ask from her to help. Roshni feels restless. She says to  Ishita that she is feeling sad for Aaliya. Ishita asks Roshni that she should not worry about it as that was written in her fate whatever she is getting and all this is the result of her good deeds.

She suggests to her that she should think about the baby and the upcoming child shower ceremony. Mihika doesn’t connect with Ishita. She says to Romi, come in the
ceremony. Romi tells Mihika both Ishita and Roshni are the roots of Adi’s death and he hates them, he does not want to see them in front of him.

He also adds that he doesn’t want to forgive them or welcome them for the goodness of Adi’s child because Ishita is so mean and cruel and she had snatched Adi from them. He also recalls Mihika about Ishita that how she has killed Adi. Romi says all this is enough to keep him away from the ceremony so he doesn’t go to be apart of the function.

Santoshi and Raman ask Simmi and Param to peacefully attend the
function, and can leave after having food.

Simmi says them not to gossips. Parmeet suggests Simmi that they should stay back else
the family will doubt on them and will post his planning.

Their plan starts and the women they used in their plan get attire                              of the
Mehendi artists. They plan so many ideas to frighten Roshni and hurt her child. Roshni sits on the swing for her mehandi application on hands. She fulfills the family’s wish. Ishita finds that the screw of the swing was loosened and realizes that the swing is damaged. She tells Raman about the removed bolt.  Then Raman scolds the men for doing
improper arrangements. and the Roshni gets saved.

Raman and Ishita start worrying for Roshni. Roshni and from within they
feels unhappy.

Everyone dances and enjoys the party. Roshni
goes the home with Ruhi while she was going there marbles come under her foot and she slips because of the marbles. Ishita gets tensed on seeing her and
saves her in again.

Santoshi Bhalla cries at Parmeet and Simmi for ruining their happiness.
Parmeet acts like that he has not done anything wrong and that he doesn’t get blamed for anything.

Simmi and Parmeet enjoy the food at the food counters. Raman understands and doubts on Parmeet and finally asks him if he is going to do anything wrong which further can put them in trouble.  But Parmeet tells lies to him that he isn’t so selfish and mean. He also asks Raman to not to spy
on him. Raman doesn’t understand what’s Parmeet planning. He then listens about Roshni’s slip.

Roshni tells Raman that she is fine now and there is no need to worry about her. Shagun
and Mani support Aaliya for her decision. Shagun says to Raman and Ishita that she will also accept Roshni and her child if it gives
happiness to Aaliya.

Now, what will happen further?

Is Roshni safe or going to be harmed?
Will Parmeet get success in his plan or someone will dismiss it?