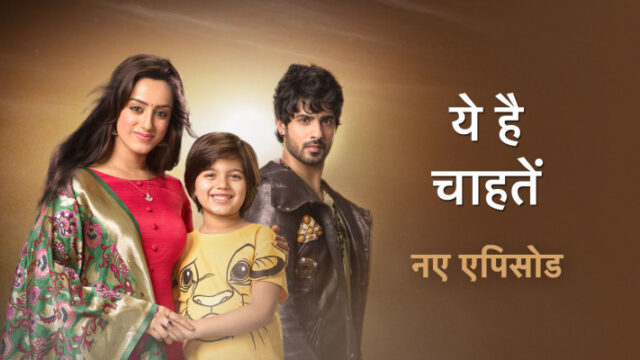 In the latest episode of Yeh Hai Chahatein we see that Saransh was there and Preesha finds him. Then he tells someone has kidnapped him and give him some medicine so that he will sleep. Niketan comes from behind and says wow you are so intelligent as I thought and finally found your child. She says I am and I knew you were the kidnapper when I saw Saransh’s handkerchief in your pocket when you were at home. Flashback starts and we see that when Preesha was blaming Balraj then she saw and blamed Balraj to find out the truth.

She asks what is your secret? Do you have any affair with that woman and that’s why you did this. Balraj was with Rudra and he was angry with his father. Balraj tries to convince him that he is not responsible for all this as he did not do any of this. Rudra did not listen to him and says you are lying. He tells him that he cannot kidnap an innocent child. He says I swear on Rajiv as I did not do this. Rudra stops the car and asks about the handkerchief.

In Yeh hai chahatein today’s episode we will see that Rudra and Balraj will come to the conclusion that Preesha knows something and not telling us. Rudra asks if she is lying. Balraj says no she is finding some clue. Rudra says that I am going to call Preesha. He calls his mother. She asks where are you as Preesha asked you to come home and bring the police as she has found the criminal. Rudra gets so confused about what Preesha is about to do. She tells Mr. Niketan came home and is upstairs where Preesha is.

Saransh tells that there is no woman as Niketan wears saree and applies Bindi. He gave me that sleeping medicine and he is evil. Preesha gets shocked. Rudra asks his mother not to let Mihika go upstairs as they will save him from anything.