WWE SmackDown Friday Night ready with new thriller and action-filled fights. This time ‘Hell In A Cell’ waiting for you and without wasting any time we should move on to the inevitable fight details of 23rd October 2020 WWE Friday Night SmackDown. There will be the Big Dog Roman Reigns that will reveal consequences between him and his brother Jey Uso. Sasha definitely going to successful to sign Hell In A Cell contract by Bayley. Let’s explore the news. 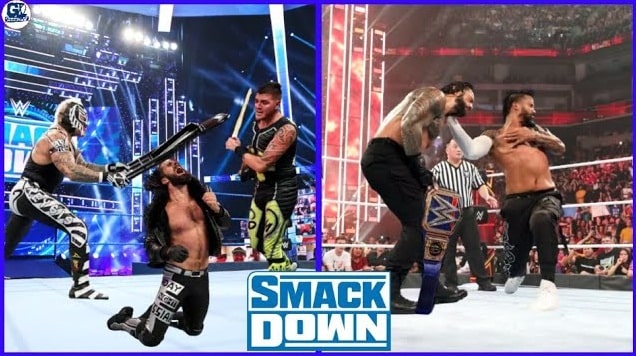 These are the upcoming fights which going to happen in today’s WWE show.

This is the all fight details and results of WWE SmackDown Friday night 23rd October 2020. WWE is the wrestling sport that entertains its audience so far. It continues to entertain you with new thrillers and action fights. As we mention there will be four major events going to be held. Sami Zayn will defeat Kalisto, Sasha Banks attacks Bayley and forcing her to sign the HIAC contract, and Roman Reigns will standing in the ring and revealed all the consequences with his cousin Jey Uso.