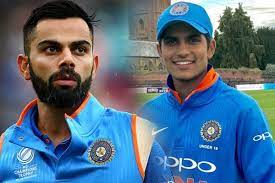 these two India openers assess the conditions and take it one session at a time. He said that they need to play under any condition and to make themselves prepared to play if they want India to win. The International Cricket Council has announced the playing conditions for the ICC World Test Championship Final where New Zealand will play against the team Southampton. India routed England by 10 wickets at the Narendra Modi Stadium and went 2-1 up in the four-match series where Ishant Sharma played his 100th test match and R.Ashwin played his 400th test wicket.

Shubham Gill has played his first inning in the series and dismissed by Jofra Archer for just 11 runs. He showed his regards on social media and praised their efforts to win over England. He wrote, “What a team! What a performance”. The former team India player Yuvraj Singh replied to his celebration to play their best in the World Test Championship. Yuvraj reminded him of his inning failure from the same match. He sarcastically replied, “And what a shot in the first inning”. In the recently played match, Rohit Sharma played an inning of 33-runs and lead over the Joe Root-led side.

The team player Axar Patel also played the best inning in the last match. Indian openers Rohit Sharma and Shubham Gill chased the target of 49-runs and went 2-1 up in the series. Shubham Gill Test career has started with impressive numbers. He has played his debut match in Australia a couple of months ago where he has played six matches. He has scored 378 runs in 12 innings which is an average of 37.80 with three half centuries. To know more about this article stay connected to us.