In recent days, several International artists have been grabbing headlines because of several controversies, and they becomes a trending topic as well. Recently, the Tanzanian musical artist, Rajab Abdul Kahali is popularly known as Harmonize has become a trending topic of the day. According to the sources, the artist was arrested in Nairobi on Sunday, May 1, 2022, and accused of failing to perform on entertainment shows he had been paid for. The sources shares that he was in the country to perform at various entertainment spots for his fans. Africa Moja Concert at the KICC was one of the spots on his list. 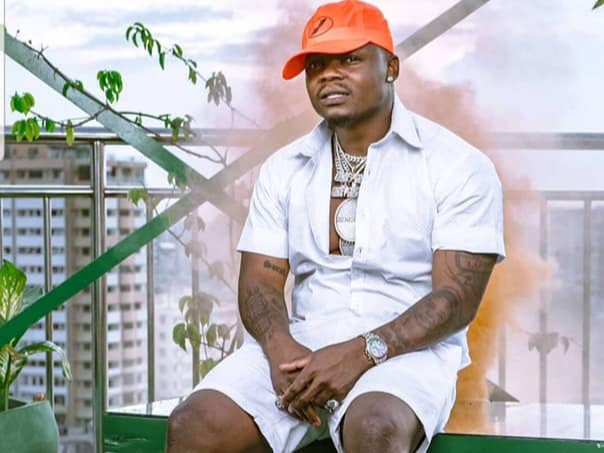 He performed at the spot and expected to leave the country Sunday. According to the sources, several complaints were lodged against Harmonize by some organizers that he had not performed in other areas yet he had been paid for, and even, he declined to refund the money. Police Chief of Kilimani, Mbogo Muturi said,” We received complaints that he had not refunded money for shows he did not perform and the organizers want their money back, that is why he was arrested”.

Why Was Harmonize Arrested

Now, Harmonize has been arrested by the police and locked up at the Kileleshwa Police Station. Mbogo Muturi said,” There are negotiations going on between him and the complaints once they agree he will be out. He is being investigated for obtaining money by false pretense”. An official involvement was also seen in the preparation for one of the concerts who said Harmonize was due to perform in other events after KICC but he did not show up.

With this, police told by Sunday afternoon, he had refunded the money of two complaints which is about Sh750,000 but he still owed more. Well, the exact amount is still unclear. One of the police officers said that Harmonize had refunded an entertainment club in Nairobi Sh450,000 and another businessman Sh300,000.

Along with this, a Nairobi-based popular musician Eric Omondi accused the music artist that he punched him in the presence of police officers as he pleaded with him to return his money. At the station, Omondi told to reporters,” He punched me and I have an injury on my lips, I was just trying to tell him to refund the money. I must file a complaint about this”. Since the news of Harmonize’s arrest went viral, his fans are taking social media and standing in his support.