TV actress Shiny Doshi is all set to tie the knot with her boyfriend, Lavesh Khairajani. This news is confirmed by India today in an exclusive chat with India Today where Shiny told about her wedding and the pre-wedding plans. She has confirmed that “Due to the COVID-19 pandemic, we have already delayed the plan of our wedding, but now we will be getting married soon after this pandemic. We are waiting for this lockdown to be end soon then will marry in a front of our family, close relatives, and friends”. The actress also said that they were planning to get married in 2020, but due to lockdown, we dropped the plan of the wedding in lockdown. 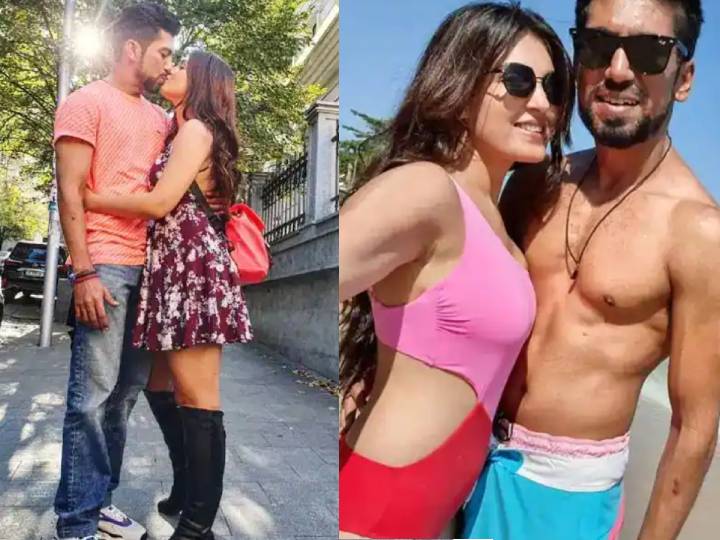 Shiny said that Lavesh wants a simple marriage and the rituals will be performed in front of our family and close friends only. Shiny Doshi is an Indian TV actress who is best known for her role played in Kusum Desai in “Saraswatichandra”, Mahi Sengupta in “Jamai Raja”, Sarojini Singh in “Sarojini”, and “Radha” in “Shrimad Bhagwat Mahapuran”. She has participated in “Khatron Ke Khiladi Season 8”. Now she is working in StarPlus’ show “Pandya Store” and playing Dhara Pandya in the show. She has made her TV debut in 2013 with the show “Saraswatichandra” which aired on Star Plus.

She has played the character of Sarojini in Zee TV’s Sarojini where she starred opposite Mohit Sehgal and Aamir Ali. She worked in a comedy series “Bahu Hamari Rajni Kant” where she played Samaira Ghosh. She featured in Jamai Raja Season 3 and played Mahi Sengupta opposite Ravi Dubey. The show aired for 2 years and ended in 2017. She participated in a reality show “Khatron Ke Khiladi 8” aired on Colors TV. Shiny has posted on her social media as she is shooting outside Mumbai for more than a month and missing her home. She is missing her mom and especially her food. She has made an announcement on social

media regarding her show “Pandya Store” where viewers will get a twist in the upcoming episodes. She said that Dhara will decide something which will leave everyone in shock. She said that she is shooting outside Mumbai, and shooting in a bio-bubble. Pandya Store team is currently shooting in Bikaner, Rajasthan. Shiny was recently seen opposite Neil Bhatt on &TV horror drama “Laal Ishq” in 2018. She appeared in Sony Entertainment Television “Dil Hi Toh Hai” in 2019. Colors TV’s mythological series “Shrimad Bhagwat Mahapuran” as Goddess Radha. She worked in Dangal TV’s Alif Laila show where he played the role of Sultana Sehar. To know more about this article stay connected to us.