The popular Indian rapper, singer and actor, Honey Singh’s wife Shalini Talwar filed a complaint against her husband. According to the sources, Shalini has accused her husband Honey Singh of domestic violence, verbal and mental abuse. The plea against the rapper has been filed in Tis Hazari Court, Delhi. While a notice has been issued against him and asked for his response over it as soon as possible. 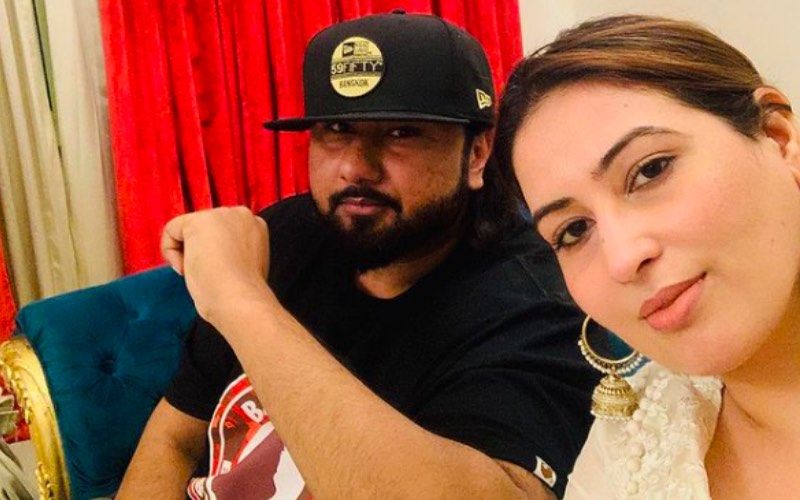 Who is Shalini Talwar?

Also, the court has given him time until August 28 to give his response. The petition filed by Shalini describes that she was suffered from numerous incidents of mental, emotional, and verbal abuse by Hirdesh Singh (real name of Honey Singh) hands including his sister and parents.

She also accused that he used to take his payments in cash but she was unaware of it. Shalini Talwar also added that he earned around Rs 4 Crore every month from songs, royalties, and performances, and during that time, he became addicted to drugs, and alcohol. He used to abuse and had a sexual relationship with multiple women. While Talwar knew about his affair with Punjabi actress, Honey Singh made promises to her and even promised to stay loyal to her.

Talwar also mentioned when Honey Singh had started to get some blackouts, delusions, and confusion. She also talked about the Slam Tour of Honey Singh when he refused to perform on the stage. Talwar said that at the moment, he suffered from anxiety attacks and she told him to have some rest in his hotel room and then go on the stage because it was a professional commitment for him. Later, she added that he moved to her, abuse and even hit her.

Yo Yo Honey Singh Wife Filed Case Against Him

As per the reports, the case against him was registered on Tuesday, August 3. The couple tied a knot on January 23, 2011, and some months ago, they celebrated their 10th wedding anniversary.

Shalini Talwar told about his husband’s affair and she added that he would not take her on the tour of his performances. Later, she said that he refused to wear his wedding ring by saying that wearing a diamond is not good luck for him.

Well, we like to share with you that for a few years, even the fans didn’t know about Honey Singh that he was married. But, when Honey Singh started his own singing show “Raw Star” in 2014, Shalini was introduced in the show. Since the news went viral, it has become a topic of debate on the Internet because Honey Singh is a well-known artist in India and gave too many hit songs.

Honey Singh’s every song was damm hit for his fans and he always nailed it with his absolutely amazing voice. Dope Shope, Brown Rang, Lungi Dance, Sunn Sunny, Saiyaan Ji, Love Dose, One Bottle Down, and many more are the hit songs of the artist.

In his Interview, the rapper said that he was suffering from bipolar disorder and became alcoholism. I went on rest for 18 months during that time, I change four-doctor for him and even, the medication did not work on him and everything was disturbed in my life.