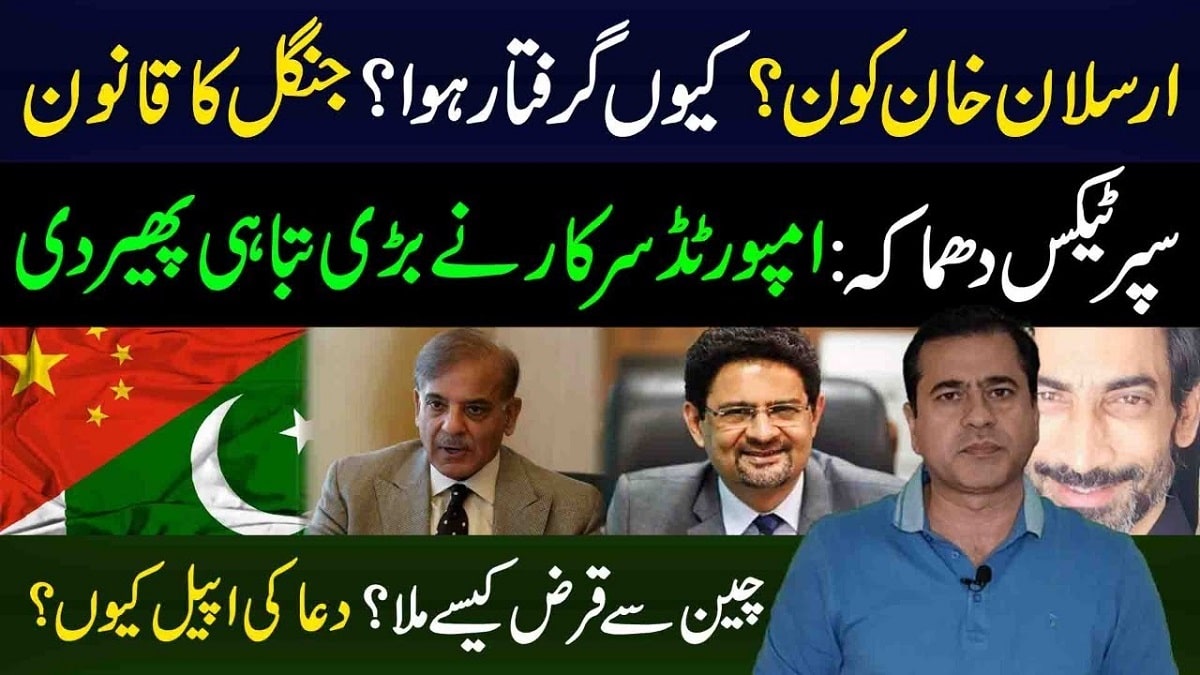 Who is Arslan Khan?

Meanwhile, many questions are being asked such as who is eligible for Super Tax and how Super Tax is different from other taxes, and which category of the industry will have to pay under the Super Tax scheme? These are the most asked questions related to Super Tax. However, we have mentioned every imperative statement given by PM Shehbaz Sharif about Super Tax. You can have all the information by scrolling or dragging down the screen of your device. Kindly read down the sections.

As per PM Shehbaz Sharif’s statements, Super Tax is a 10% tax scheme for A-grade industries such as Cement, Steel, Automobiles, and many more. According to the prime minister of Pakistan, this move will also help to tackle spiraling inflation in the country and it will also contribute to saving the country’s capital, and will halt the nation from becoming bankrupt. Keep reading this article to get more about Super Tax.

PM Shehbaz Sharif held a meeting with the finance team, finance ministry, and economic team, he discussed the federal budget for the forthcoming fiscal year from 2022 to 23 and he said that the big net worth holders will also compel to pay the poverty alleviation tax. PM Shehbaz Sharif shared a video message to the entire Pakistan in which he talked about the future policies of the country and announced the Super tax scheme.

PM Shehbaz Sharif said in the video, “government’s first aim is to flourish relief to the poor and to the below poverty line people to reduce the stress of inflation on the civilians of Pakistan.” He also added that our second move is to save Pakistan from becoming bankrupt. He also blamed the previous government for corruption and incompetency. PM Shehbaz Sharif said that the sectors which are subject to Super Tax are cement, sugar, steel, oil, gas, LNG terminals, fertilizers, textiles, automobiles, banking, beverages, cigarettes, and chemicals. Stay tuned to this page for more updates.