An 18-years-old teenager, Kyle Rittenhouse charged with killing two individuals and wounding the third one. He took a stand this Wednesday, November 10, 2021, at his homicide trial in Kenosha, Wisconsin. Kyle Rittenhouse was just 17-years-old at the time of this incident. 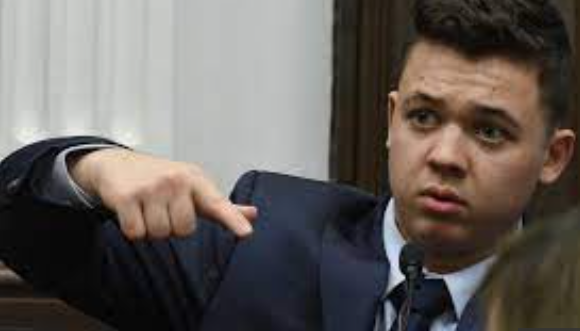 He was charged in the shooting and later, claimed that he acted in self-defense during a protest against police violence last year in August. He claimed that he fatally shot a man who threw a plastic bag at him during the protest. During testimony, Rittenhouse said,” I didn’t do anything wrong. I defended myself”.

What is a Mistrial With Prejudice?

In his statement, Rittenhouse said,” He was continuously chasing me, I was alone at the time, he threatened to kill me that night. I did not have the intention to shoot him. I pointed it at him because he was running at me and I did not want him to chase me”. Rittenhouse broke into tears when the defense lawyer questioned him about why did he shot the victim first.

There was a heated questioning exchange between the judge and the attorney in this case. During the hearing, Rittenhouse was seen saying his attorney ask for a mistrial with prejudice. Many people are confused and wondering what is the meaning of this? Along with this, what will happen if it will be passed by the judge?

According to the official reports, the meaning of mistrial with prejudice is that the state can not re-try or re-file the case if the motion will be passed by the judge. If there is any kind of flaw during trail proceedings, or any conduct took place either outside or inside the court area that could develop result in “considerable and irreversible harm to the case of the defendant”.

Well it simply means that if there is some form of discrimination that takes place, the case would be barred or dismissed. During the lawsuit, judge Bruce Schroeder was seen yelling at Thomas Binger (Lead Prosecutor) for his questioning of Kyle Rittenhouse.