The weekend is here with a new entertainment package for the audience with the film “Miss India”. This movie will be premiered on Sony Max and dubbed in Hindi to engage the northern satellite. The fans who are waiting for watching this film can watch it on Sony Max. “Miss India” was written and directed by Narendra Nath. 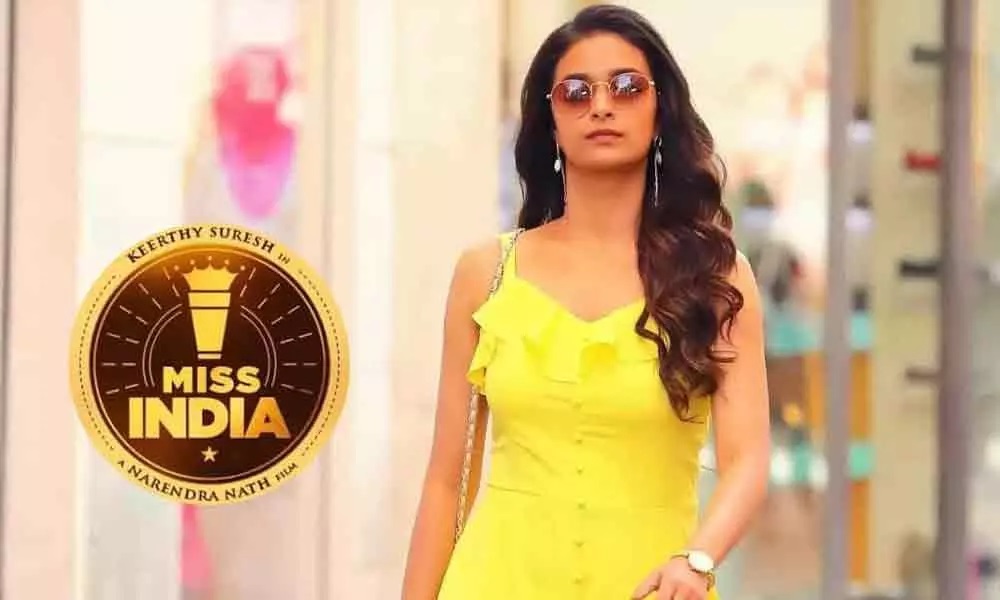 The leading star cast of this movie is Keerthy Suresh, Jagapathi Babu, Rajendra Prasad, Nadhiya, Naresh8, and Naveen Chandra. The film was produced by Mahesh S Koneru under East Coast Productions. The cinematography has been done by Sujith Vaasudev and Dani Sanchez-Lopez. The music of this

The best part of this movie is how much the audience can relate to it. The movie aims to tell an inspiring tale of a woman, who achieves her dreams with nothing but her confidence to back her up. Manasa Samyuktha was told by her

father that good academic marks mean nothing in our life. Her mother wants her to get a good education so she can marry a man who can give her a comfortable life. Samyuktha has the biggest dreams to make her grandfather proud and make her tea recipe famous. Manasa’s brother is settled in US and she sees it as an opportunity to fulfill her dreams. Manasa is an ambitious girl who wants to become an incredible business tycoon. Miss India has a heart in the right place, not only does it finally bring on-screen a woman character who’s relatable.

It also brings forth someone whose priorities lie in building her empire and nothing else. She has the courage to stop those who want to stop her flying. A businessman Kailash Shiva Kumar who has established his coffee business is scared of Manasa’s tea business. Manasa is from a middle-class family but doesn’t want to lead an ordinary life.

The movie got many negative reviews but most of the crisis. The movie DOP is done by Sujith Vaasudev and edited by Tammiraju. So stay tuned to Sony Max on Sunday at 8 pm. To know more about this article say connected to us.