One of the most brilliant and anticipating movies is all set to make its World Television Premiere very soon. Yes, we are talking about Master because the movie got much love and appreciation on its release with a very genuine amount of box office. Now, the movie will be airing on Sun TV to show the entire story of the movie to all the viewers who want to watch it. The motive to air the movie on small screens too early is the occasion of Tamil New Year 2021. The makers earlier decide to air the movie on television on the occasion to give a very genuine option to watch to the viewers who enjoy their holiday in their homes. 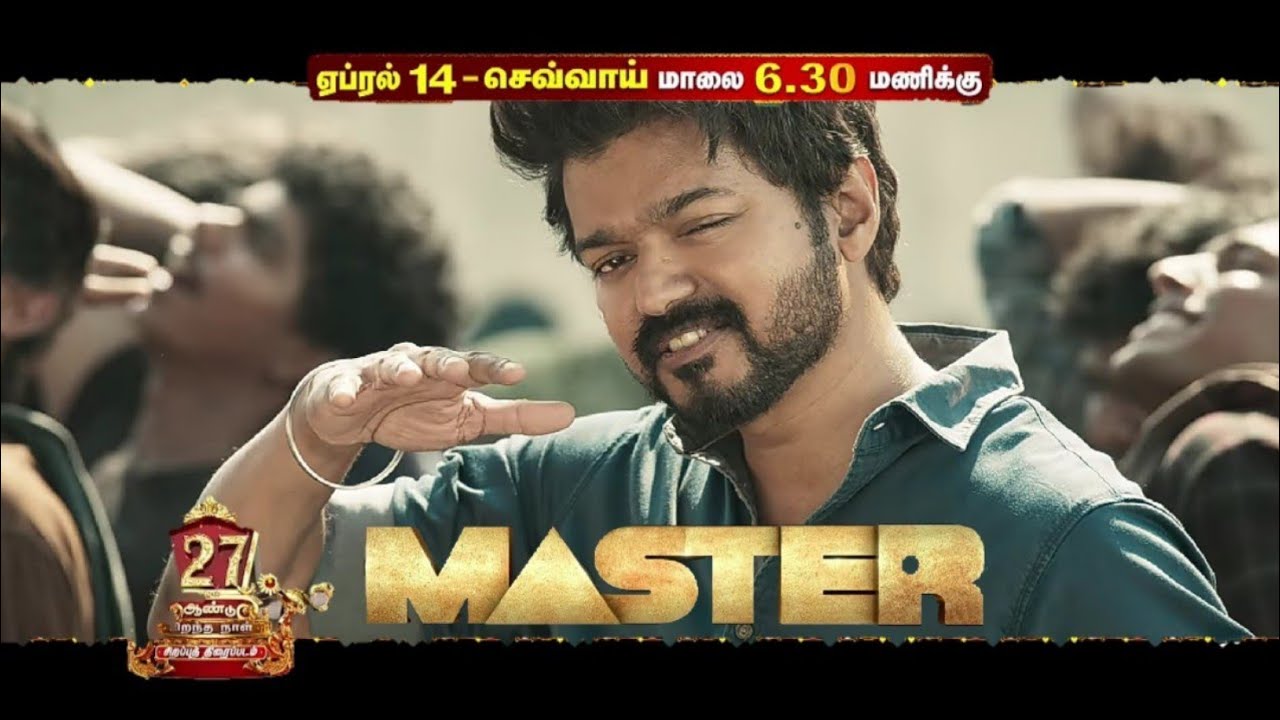 Everyone knows that the lead role of the movie was played by Thalapathy Vijay who already created a very great sensation among social media. Every time when his movie will be going to hit the screens then the creaze among the viewers and the fans hit its peak. The fan following of the actor is extremely very huge in which all the generations loving the acting skills, dance moves, and action sequences of the actor. Now, if we talk about the Master World Television Premiere then it will take place on 14th April 2021 at 6 PM on Sun TV.

Let us also tell you that the movie considered the biggest success of Tamil Cinema because Master collects Rs. 100 Crores in just 3 days of its release. The TRP when the movie airing on theatres is beyond the expectations. It is also true that Master is the first collaboration of Vijay with the youngest filmmaker Lokesh Kanagaraj and becomes a massive hit. The movie released on 13th January 2021 and after that Master totally heats up the entire environment by hitting the blockbuster. Even, the theatres open with the precaution in which only 50% of occupancy is allowed when the movie hits the theatres.

Now, it is cleared that the fan following of Thalapathy Vijay is extremely big and all the people are very excitedly waiting for the movie to watch it. Master will be hitting the small screens on Wednesday, 14th April 2021, at 6 PM on Sun TV. It is also expected that the movie will be collect huge TRP on television screens also. The lead role of the movie is also excited to see the result after the movie hits the small screens. Master is a perfect pack of entertainment that totally brings a very genuine interest among viewers. So, stay connected with us to know more interesting and fantastic information.