There is another video is going viral on the Internet which is obtained by ITV that shows Number 10 staff joking about holding a Christmas party. These kinds of bombshells just keep coming and this week, the allegations have emerged that Number 10 (Downing Street) staff held a Christmas party under the Tier 3 restrictions. 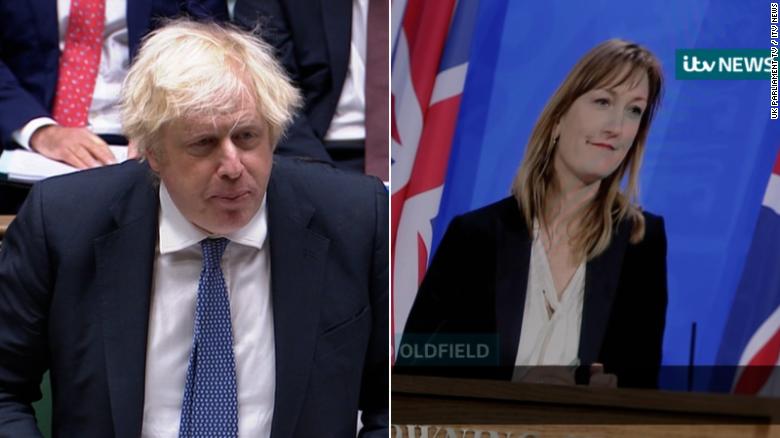 Where the Gavin Williamson also managed the separate festive bash for the education staff and now, some popular and leading figure from Allegra Stratton to Jacob Rees-Mogg has been captured in the camera and can be seen joking about it.

It is difficult to open some revelations, maybe, everyone knows that which there was the country under when the party was allegedly taking place? what kinds of restrictions were created at the time? on which ministers and ex-minister have been accused at the time?

Well, the opening chapter of the latest Downing Street Fiasco begins this time in 2020 when London country trapped into Tier 2 (rules of six outdoor and substantial meals at clubs). After this, Williamson was accused of throwing his careless and later, MP Tobias Ellwood come further to apologize for being a part of another party before Tier 3, Tier 4, and on the other side, Johnsons was also reported hosting friend Nimco Ali on Christmas Day.

It was struggling to remember that how the all piece was put together? From the beginning of Boris Johnson’s alleged Covid restriction breaches to today’s leaked footage of Stratton laughing about this. Well, there is a timeline of the events.

No 10 Christmas Party Scandal in London

Well, let’s move to the last year so, and you need to think that this is December 2020 and the London government places the country under a new set of Tier 2 restrictions and you may also remember this as High Alert which means that mixing of households indoor is not allowed but the people can also meet outdoor in a group of six- they can meet their relatives and friend at the pub if, the pub is serving substantial meals. Last orders can be taken by pub till 10 PM and pubs need to shut down by 11 PM.

When the London was under Tier 2 restriction, Gavin Williamson reportedly throws a party for more than two dozes of his department for Education Staff. The secretary shared a speech in which he claimed that there are drinks and canapes in the cafe of the department.

Not only this but Conservative MP of the Commons Defence Select Committee Tobias Ellwood also attended a Christmas Party for more than 27 guests at the Cavalry and Guard club just before hours when the Government was about to announce Tier 3 restrictions.