Bluff Master is the most hit comedy thriller film of 2018 which is a Telugu language hit film. The producer of this film is Gopi Ganesh Pattabhi. In the film, Satyadev Kanchana and Nandita Sveta play the lead roles along with Brahmaji also playing a supporting role in the film.  As we all know that it is a Telugu Language film, but today it will have its world television premiere in Hindi dubbed. Through this article, which fans were eagerly waiting for, we will tell you in detail about all aspects related to this film. 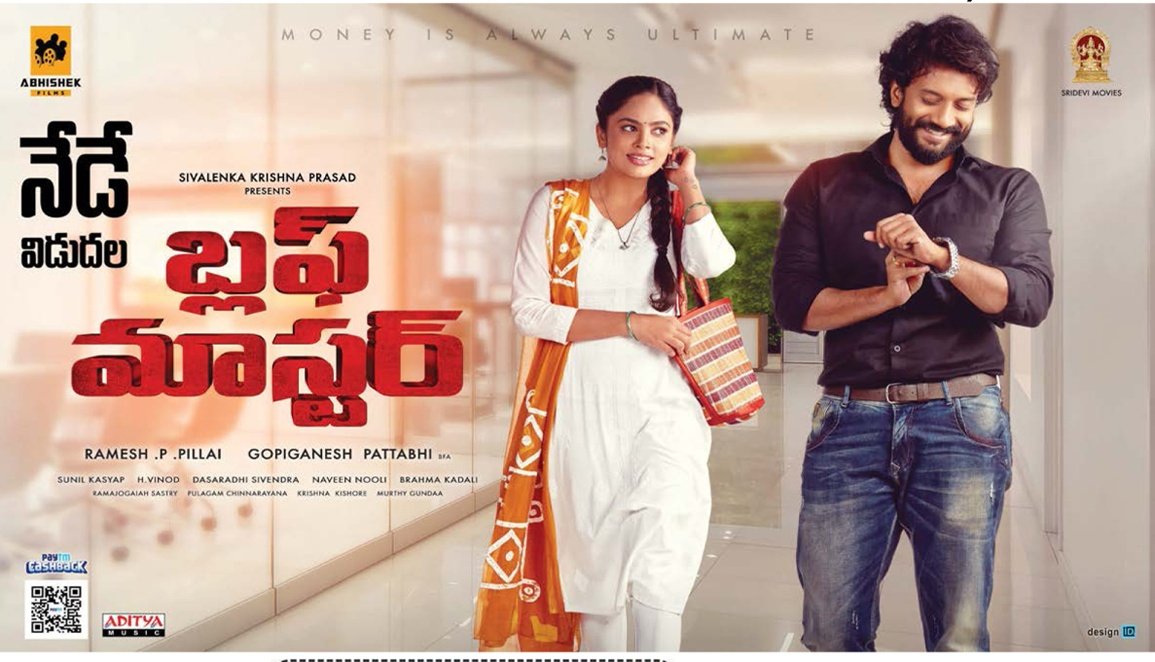 The film has been introduced by Gopi, Vinoth, Pulgam Chinarayan, the film has Satyadev who is greedy and cheats everyone’s money with his greedy cleverness. The film’s story revolves around money. Next, you have to watch the film to know the full story.

Cast and Crew of the film

As we mentioned above, it is the Telegu version of the 2014 movie Bluff master. The action drama comedy-thriller movie which can entertain you beyond your expectation. The good news is it is selected for the world television at sony max on 17 October 2020. The timi9ng will be @12 PM onwards. get ready for the special first-time world television premiere on Hindi channel sony max. you can watch it via the internet as well as live T.V Apps like Jio TV, Airtel Xtreme.