The VIVO X series is back again with its new smartphone VIVO X60. The VIVO X60, X60 Pro, and X60 Pro+ are the three new smartphones launched by VIVO. The handset is highly appreciated by the users in the upper mid-range and high-range budget segment. Now the company is all set to launch the new model which is VIVO X70 soon in the Indian market. The makers will launch this handset in an online event where they will disclose the key features of the smartphone. The launch date of VIVO X70 is not disclosed yet. The CIzmochina has issued a report that VIVO will launch the VIVO X70 in September this year in a partnership with the Indian Premier League (IPL). The Indian 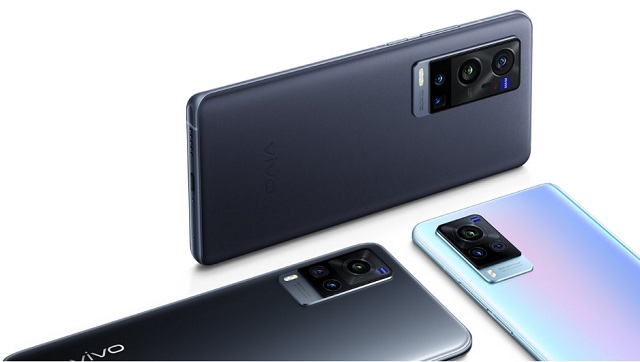 Premier League has been postponed due to the pandemic. There are reports that the tournament will resume in September and October in the United Arab Emirates (UAE). The VIVO will be the sponsor for IPL and the tournament will be continued in September. The VIVO brand will launch the new VIVO X7 series this year in September. As the IPL Is an Indian tournament, VIVO has planned to launch the smartphone in this event and all the devices of the VIVO X7 series are lineup to be launched on the same day. There are predictions about the key features of the VIVO X7 series that the display will be 6.56-inch AMOLED with

FHD+ resolution and a 120Hz refresh rate. There be a few similar features of the VIVO X60. The handset will be powered by the octa-core Qualcomm Snapdragon 870SoC. There will be two storage variants available in the VIVI X70 series that are 128GB and 256GB internal storage which is expandable up to 1TB. The VIVO X& series will function on Android 11 with Funtouch 11.1. The key features also contain the details of the camera and the VIVO X70 has a triple rear camera which is 48-megapixels primary camera, 13-megapixels wide-angle camera, and 13-megapixel telephoto camera.

The selfie camera will be of 32-megapixels to take crystal clear shots. VIVO X70 will launch with the 4,300mAh battery that will be charged with a 33W fast charger. There will be an on-screen fingerprint sensor to unlock the handset. VIVO X70 has a 4G, LTE Vlte, Bluetooth, wi-fi, GPS, USB type-c, and 3.5mm jack connectivity. After the success of the VIVO X60 series, the makers are all set to launch this handset in September. It is already reported that BCCI has planned to schedule the remaining IPL matches that will be played in UAE. To know more about this article stay connected to us.