A veteran Congress leader and six-time Himachal Pradesh chief minister Virbhadra Singh has been suffering from bad health after a cardiac arrest. On Monday night, the minister suffered from a cardiac arrest and after that, his health has deteriorated. Let us also tell you that the minister is currently treating in the intensive care unit (ICU) and he is 87 years old. Not only this, but he is on ventilator support. Currently, he is admitted to the Indira Gandhi Medical College and Hospital and Senior Medical superintendent Dr. Janak Raj Pakhretia said that “His condition is critical but stable”. 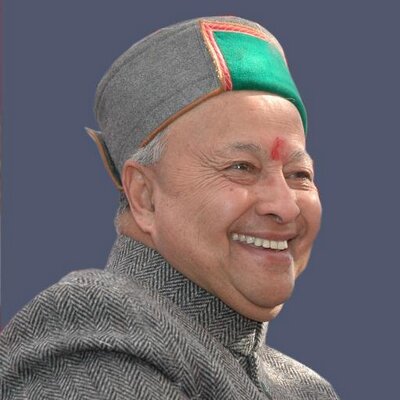 Let us also tell you that the minister was under treatment since April 23 and he was diagnosed with COVID-19 on 13th April. Later, he was shifted to Max Hospital in Mohali. After a course of time, he was discharged from the hospital on 23rd April but on his arrival in Shimla, he was suffered from breathing difficulty and was admitted to Indira Gandhi Medical College and Hospital (IGMC).

After he admitted to IGMC, he contracted the COVID virus in the hospital on 11th June and again fought with the disease for a long time. On Monday night, the minister gets cardiac arrest, and his condition gone more critical.

If we talk about his career then he worked a lot for the state of Himachal Pradesh and also the public of the state loves him very much. His work will be appreciable all the time and he will be never ever forgotten by anyone in the future. On the other hand, the doctors saying that his condition is stable and he will be recovered but

it is not an official statement and maybe the minister will never open his eyes again in the dreaded fight with the COVID-19. As all of us already know that the body of the minister becomes very week.

Virbhadra Singh is a nine-time MLA and five-time member of parliament in his career and not only this but the personality is also known as six-time Himachal Pradesh’s Chief Minister. If we talk about the current working status of the minister then he representing the Arki constituency in Solan district in the state assembly.

Now, Virbhadra Singh is suffering from the dreaded virus and cardiac arrest, which further worsened his health. Our prayers and blessings for the personality and we pray that he will get well soon.