Argument and dispute loaded Bigg Boss 4 House Tamil version currently trending on the Internet in the entertainment category. the promo video has been out on the official Twitter page of this show. Every year it takes over the TRP of another show. Fan-favorite host Kamal Haasan brings new twits in the show and the eviction round is started. Due to the new theme to gain interest Bigg Boss divides members into two teams to increase competition. Let’s see which team gonna win in this Bigg Boss House arena. 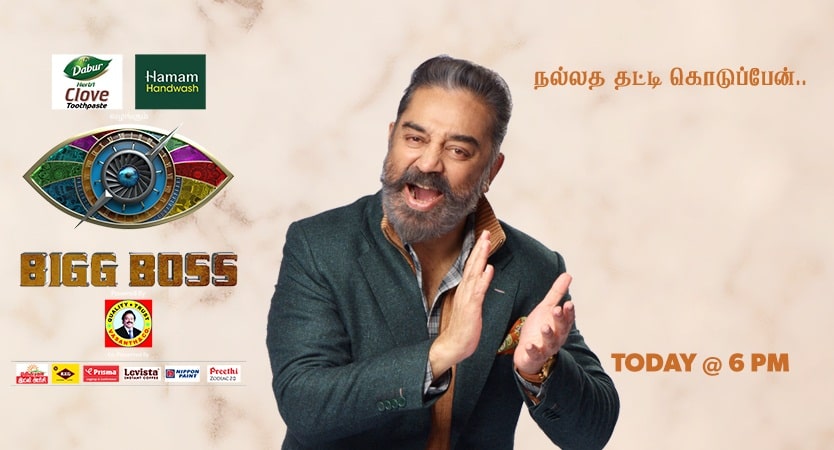 Singer Velmurugan spoke of Big Boss as a family. Anita, who came after him, looked at Velmurugan and asked, ‘Love, did you say that everything is a mother’s children .. then why to cry when everyone stabs you’.

Let’s take a look at the previous episode, as you have seen Rio played the role of demon king in the task and many other house members of the opposite team make the strategy to spoil his task to take point and won the challenge but due to support of other team members Rio successfully completes his task. Show continuously rising its excitement by the new unexpected theme-based task which is difficult for House members.

In today’s episode Rio again will be under focused on his statements and Rio talk to Nisha and Nisha’s lining is beautiful. It is ugly only when it breaks one’s heart and image that’s what outsiders are all about.

Suddenly, After that Suresh Chakraborty appears in the Promo video and it looks like Nisha has said these all things to Suresh either Rio. It’s the end of the promo video. It is still suspense what is going on in today’s episode. Everyone needs to play this task with great efforts, especially the nominated contestants who need to do well to be safe in the eliminations round.

This weekend there are five contestants are nominated for the eviction and now it is such a competitive thing that can cross this obstacle in the Bigg Boss season 4 journey. There are the names of these four contestants Aajeedh, Suresh Chakravarthy, Anitha Sampath, Bala, and Aari Arjunan. Who is going to be safe this week and who will go back home. keep watching the show to watch the upcoming elimination night. Stay tuned for future updates and fresh news related to entertainment and worldwide incidents.