Actor Varun Dhawan is going to marry his long time girlfriend Natasha Dalal on 24th January. Varun Dhawan is a famous Bollywood actor. He was born on 24 April 1987, in Mumbai. He did his schooling in Bombay Scottish, Mumbai. He joined Bary John’s acting school to learn acting. He is the son of director David Dhawan. His debut film was “Student Of The Year” directed by director Karan Johar in 2012. He assisted Karan Johar in the film “My Name Is Khan”.  Varun has given many hits like “Badrinath Ki Dulhania”, “Badlapur”, “ABCD 2″, ” Humpty Sharma Ki Dulhania”. His best-skilled movies were “Sui Dhaga”, “Badlapur”, and “Kalank”. He got featured on the magazine’s cover page GQ Magazine. In 2018 he was on the list of Top-20 highest-paid celebrities. He has unveiled his wax statue in Hong Kong on 30 January 2018. Varun belongs to a Hindu family. He has an elder brother who is also a film director. His uncle Anil Dhawan is also an actor. Its been a decade that the actor is in a relationship with his childhood friend. There are rumors that they got engaged in a private ceremony.

Reports suggest that the venue of their wedding is Alibaug. They have also said that this is going to be a private ceremony. They have invited just 50 guests. They have invited their close celebrity friends and relatives. In an interview, Anil Dhawan being asked that when is Varun getting married.? He said his nephew is going to marry on 24 January and we are looking

Last month, Anil Dhawan didn’t confirm anything about Varun’s marriage when he is asked. He denied the rumours and said that they convinced Varun to marry soon. He added that they will follow every ritual in his marriage as this is not a matter to make haste. He said that soon everyone will come to know about the wedding. 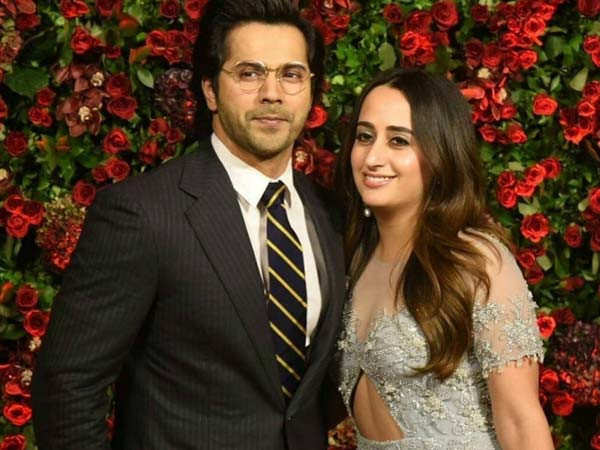 Varun was last seen in his father’s Coolie No.1 sequel. That film was released on Amazon Prime video on Christmas. He once appeared in Kareena Kapoor Khan’s chat show What Women Want then he revealed about his girlfriend. He says that they both studied in the same school. He was in 6th standard when he first saw Natasha. He fell in love with her but never confessed. Then he approached her later and she refused his proposal. They are in a relationship for more than 10 years and now getting married.