One another rape case, in Hatharas. Yes, this is the biggest bad news of today, the whole of India is in shock. Recently we already fight for the Hathras rape case of Manisha, but still, the crime is not stopped. Now here one more rape case of Hathras with 6 years old girl. As we know till now Manisha did not get justice. The whole family is surviving and waiting for justice from the Government of India. In the case of Manisha, there are four criminals who did this crime on a farm. She is fighting for their life for 15 days but on Tuesday, 29 September 2020 she died in Safdarjang Hospital. 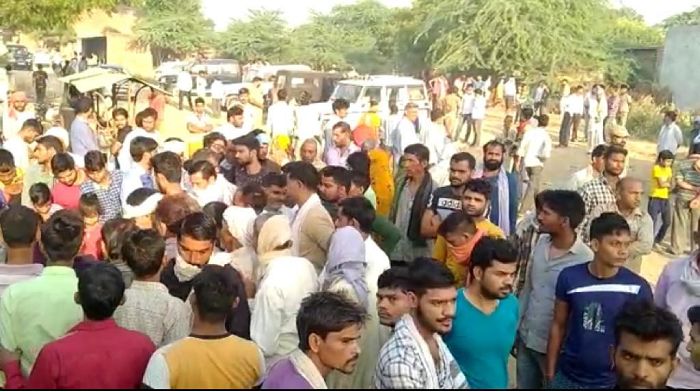 In another gruesome incident, a six-year-old girl was raped in Uttar Pradesh’s Hathras. Now this time no one will be keeping quiet, the victim’s family and the whole villagers stand in the mid of the road. The road is blocked and they still don’t do the funeral of their daughter. The body is also still with them and kept on the road. And the family demanding the Government find the criminals as soon as possible and punish them. Till now they don’t do the funeral of their daughter.

The victim is only six years old child. she is not well for some days so the family admits her to the Aligarh hospital, Uttar Pradesh. 10 days ago, died in a Delhi hospital today, triggering protests by family members. The incident took place in Jatoi village in the Kotwali Sadabad region. All cobs are there for there duties to protect the peoples. After Damini, case this time the public again demanding for justice. This time the public not want only the justice to Government but also want safety and protection for the girls.

Now peoples also said that Inda is a rape country. Our Government doesn’t take strict action towards the criminal which  public wants and the victim’s family really wants. Manisha is only 19 years old girl and she also tolerates the lots of pain and this time the victim is an only six-years-old girl. Who never knows about the world, society its a very shameful crime. Government has to take strict action this time and give them the punishment which they all deserve. For more written updating news stay connect with us and stay safe!