Finally, after the wait of almost a few months, the much-awaited UFC 257 match is here to entertain all of us. It is the Mixed Martial Art tournament and going to premiere a fabulous night between Conor Mc Gregor vs Dustin Poirer. Overall it is a fantastic Martial Art fight that will catch your attention and you will definitely fail to avoid thriller fights. this time Michael Chandler going to make his debut in UFC in a fight against Dan Hooker. According to the report, the fight will take place at Abu Dhabi’s Etihad Arena. 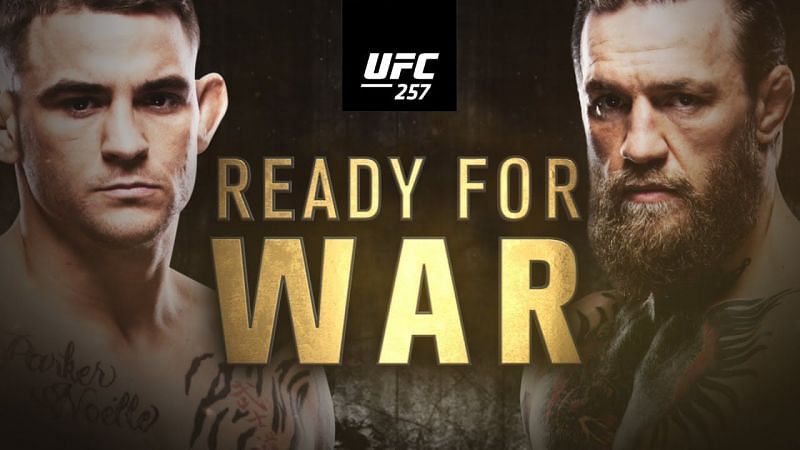 Here are various fights which we will disclose one by one with huge information including Timing, venue, and name of fighters.

UFC Lightweight Division: Conor McGregor vs Dustin Poirer: Fortunately, this time all of us going to be part of McGregor’s first appearance this year. As we know about him he is ready to defeat his opponent like his previous winning against Donald Cerrone. If you taking his opponent Dustin Poirer very lightly so remember Poirer is one of the dangerous fighters of this sport under this category.

UFC Lightweight Division: Michael Chandler vs Dan Hooker:As we know the aggressive thriller is still remaining to explore so here is another fight which set to held between Michael Chandler. Do you know? Chandler is a fighter in the classic wrestle-boxer and won his majority of fights. He has overall 21-5 records that are outstanding and appreciable. In this fight, he will face off Dan Hooker is experienced and has techniques to beat his opponent with continuous punches. The heavy punches are the main cause to keep his opponent at distance. As per the prediction in this upcoming fight, he will use his leg kicks and jabs to create pressure on Michael Chandler. Hooker has won his most famous fight in which he defeated former Bellator Champ.

Now it’s to discuss the main fighters and legends of this tournament. The three main fights are still remained to know. These fights will also happen this Saturday so keep your eye here. Let’s discuss the Main Card fights of the UFC 257.

Jessica Eye vs Joanne Calderwood: In this fight, you will enjoy the strategy and techniques of Martial Art by these two warrior women fighters. The eye is the biggest name among the women boxers than Calderwood’s Muay Thai-based style.

Matt Frevole vs Ottman Azaitar: This is a baffling main card pick for this upcoming fight. The bulldozer is an absolutely ruthless finisher with 13 wins and 12 finishers in his stats. According to the prior fights we assuming that the upcoming fight will win by Bulldozer with a great KO.

Marina Rodriguez vs Amanda Ribas: Do you know? it is the second fabulous fight of this upcoming night of UFC. Because this fight gonna bring two women with a record of 6-1-2. Meanwhile, Ribas has proven to be the excellent one in this face-off.

The fight will start at three different timing and we want to inform you that the Main Card fight will be premiere at 8:30 AM, On the other side Prelims fight is scheduled for 4:30 PM and early Prelims will start at 6:30 AM as well. SO get ready for the thriller on this 24th January 2021.