We are back with the latest episode of Udaariyaan. The latest episode of the serial begins with Jasmine who asks Fateh what is going to give her as a gift. Jasmine says that he is just a normal teacher and now, he is working also so, we can’t give her a costly gift. She asks Fateh to give a promise to her that whenever she will ask anything, he will give it to her. 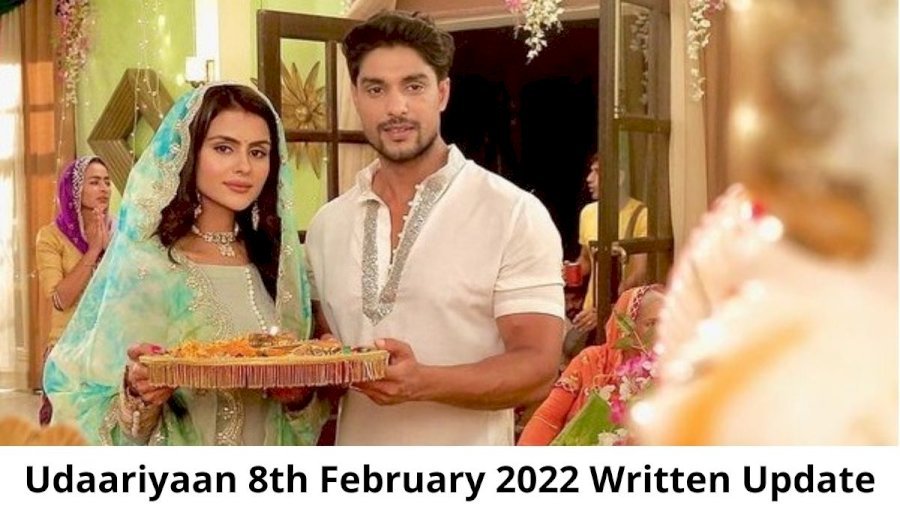 Fateh says yes to her. Jasmine calls Amrik and asks him to click some pictures with him. Mahi says to Simran that she will give her favorite ring to her. Simran says that a family is more important than anything.

Fateh goes from there in anger. Later, Roopi and Satti talk to each other and Satti wants that Fateh ad Tejo to get married. Roopi also says that if Jasmine and Tejo will live under the same roof so, Jasmine will not let live Tejo. Satti says that Fateh and Tejo can live somewhere else.

Later, Tejo gives Principle’s later to Fateh and he gets happy after seeing this. He says thanks to Tejo and on the other side, Jasmine is in another room and celebrating her victory. She will decide to tease Virk’s family. While Tejo wants that Jasmine will live calmly.

Later, he says to Tejo that they are thinking that after Jasmine’s marriage, they will get freedom but he knows which way he is going through. Simran meets Tejo and asks Fateh to get married. Later, Mahi comes and takes to another room. Tejo takes blessing from everyone.

Fateh tells his work to everyone and they also gets happy. Fateh says that he will join from tomorrow. Jasmine says that now, Tejo has come and says that Fateh did not give any gift to her after even promise. She says to kick out Tejo from the house.

When Jasmine insults Khushbir, Fateh gets angry on her. Gurpreet asks Jasmine to get calm and Fateh asks her not to cross her limits. Jasmine holds the hands of Tejo and says that she knows her plans and she will not let her succeed in her plans.

Fateh asks her to live Jasmine’s hand. She kicks out of the house and insults her. Later, Angad sees Tejo crying and Tejo comes to her room and tells everything that happened in the house of Virk.

Roopi asks him not to go every time at his house. Tejo says that they will need to find out to bring Jasmine out of the net. Tejo and Angad meet to each other and Angad say that now, they can stop Jasmine. Tejo goes to Virk’s house. The Episode Ends.