We are back with the latest episode of Udaariyan that begins with Jasmine who has been arrested by police. Fateh says that he arrested Jasmine and she is currently in jail. Amrik says what about Tejo? Amrik says that he needs to think about Tejo as well. Fateh says that he loves her but it doesn’t mean that he doesn’t love her parents and brother. On the other side, Tejo asks the inspector to take her out behind the bars and Angad says that today is Sunday and they can’t let her bail from here. 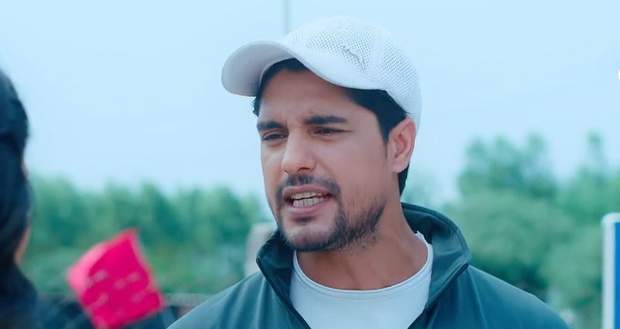 Tejo meets Jasmine who says that she doesn’t want to live here. Tejo says that she will do something and give her a talisman. She is about to leave to meet Fateh and receives Bojo’s call, who tells her that Fateh goes out of the state for the tournament. Angad asks her to text her and request him to come back as soon as possible as they have few hours. Tejo writes that if he ever loved her so, he can do a favor by taking his complaint back. She adds that she will never meet him again and will go far away from him.

Later, Tejo talks to the moon. She sees that he even didn’t read the message. After that, Fateh reads her message and says that he didn’t want to hurt her and can’t do this. He didn’t realize that he got to know the truth like this. He is helpless. While Tejo thinks that he has read the message and hopes, he will come back tomorrow. Roopi thinks that the forecast is going to be real as Fateh and Tejo will not come together.

Jasmine thinks that is Pandit’s words are going real? The next morning, Tejo goes towards the police station and Fateh reads the same message. He reads one more message from her. Suddenly, Jasmine sees Angad and says what is he doing here? Angad says that she doesn’t need to show attitude and can come outside. Later, Tejo comes and the inspector tells her that someone had already come and bailed her. She thinks that Fateh came here but when she goes outside, she sees Angad with Jasmine.

Fateh goes behind Tejo to bail Jasmine. Tejo thinks that once again, Angad helped her. Fateh talks to Inspector who tells him that she has already gone from here. Later, Fateh sees Tejo and Angad together and goes from there. He says that he came before 11 AM and she didn’t believe him. Fateh goes from there and get teary. He thinks that something is between her and Angad. The Episode Ends.