Hey folks, we are back with another episode of Udaariyaan that begins with Fateh and Tanya. As we have seen in the previous episodes that Fateh saw Tanya in London and gets confused that how can he be alive? She died in the fire accident but how can she be alive after that horrific incident. He got lost in their memories together. He sees her and finds that she recognized him after even seeing him. He went back to Jasmine and Amrik and she asked him if he saw her but he said that she couldn’t be his Tejo. 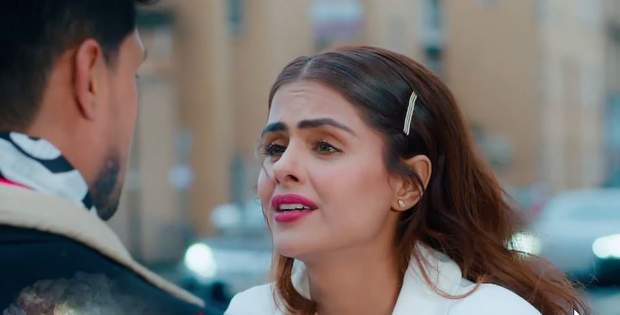 Later, Fateh went to Tejo to meet in the cafe and sang a song for her for which, everyone clapped and praised him for his singing and even, Tejo also claps. Everyone knows that Tanya aka Tejo began her new life with her new friends in London and never went back after the fire incident took place. She began her new life in London but doesn’t want to reveal to anyone that she is Tejo. After she misunderstood that Fateh and Jasmine was together and they had a plan to kill her, she never wanted to trust anyone in her life and began everything from the beginning.

Now, the latest promo shows that tries to meet Tanya and she raised her hand for friendship with him. Fateh asks her for a coffee and Tanya gets agrees.  The next day, they meet for a coffee together and say they had he ever done this? Fateh tells her that he did this for Tejo ever. They sits together. A Waitress comes there and blows a candle on the cake. Fateh sees the fire and is scared. He reminds Tejo and extinguishes the candle fire. Suddenly, Angad Mann also comes there and sits on another table.

Tanya says that she is curious about Tejo and who is she? Fateh tells that she became a wife and then a girlfriend and once again, she was going to become a wife but she couldn’t understand. He tells her that they were soulmates. Tanya says that sorry to say but she can’t believe in love and stay away from love. Tanya says that everything is an illusion or nothing else. Many believe it is happy. He says that he couldn’t made her understand how much I loved her. Angad Mann follows them and wants to hear what are they talking about? The Episode Ends.