The latest episode of Udaariyaan begins with Jasmine who gets shocked after hearing Tanya’s voice. She tells Amrik that she hears Tejo’s voice and Amrik says that it has been six months since Tejo Ji has gone. Later, Tanya reaches to the cafe and her friend points out at Jasmine and Amrik and says that their cafe is all set for India. Tanya also sees them and ignores them. She receives a call from her land lord and she calls her back to the home. Jasmine says that if Tejo were with her, she feels happy. 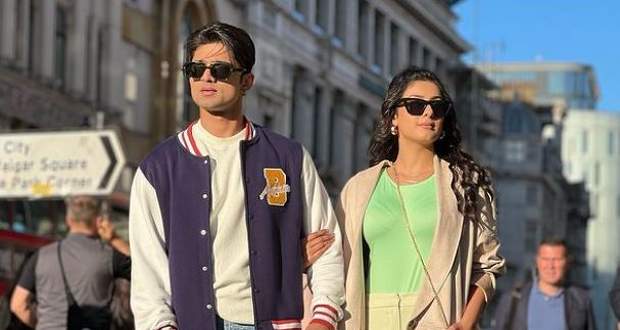 Amrik asks her what happened and on another side, her landlord says that someone entered in the house and asks her to check everything. Tanya tells her that if he was tall and beard man. Her landlord tells her exactly this and suggests calling the police. Tanya says that she never worried about anything. Fateh goes to the Gurudwara and on another side, Tejo enters another Gurudwara where she asks for love for everyone. Later, Tanya joins a live concert on the road and dances with some fellows. Along with this, Jasmine and Amrik join them and dance.

Jasmine gets confused and says why is she hiding? Jasmine says that she will have to find that what is happening? On another side, Fateh talks to Bojo and says that he asks them not to take any action. Jasmine rushes to the cafe and finds Tanya there. Tanya recognize her by saying that they met last day. Jasmine holds her finger and Amrik says, Tejo Ji.

Tanya says what is happening here? Another side, Angad also sees them and thinks that how could she hide from her sister. Tanya says that she is not Tejo and they have heard the story of seven people of the same place in the world. Tanya says that she doesn’t know any Tejo and Jaso and the man was also talking about the same name. Jasmine says who was the man? The Episode Ends.