Again, we are back with one more anticipated and exciting written update of everyone’s favorite Udaariyaan. The show collecting lots of love and appreciation from the audience because of a triangle love story between Fateh, Tejo, and Jasmin. The upcoming episode of the daily soup begins with Tej saying where did the papers go, did anyone else take it. 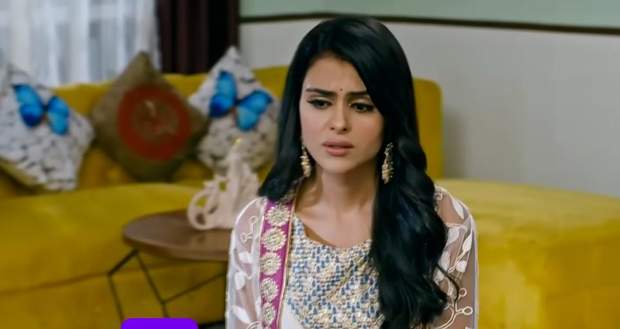 On the other hand, Fateh comes to Jasmin to give her papers and says she was worried about this. The files fall down. In the next scene, Mahi comes to Tejo and asks if she is fine. Tejo replies that she is fine but she is finding something.

After that Mahi says she looks like Tejo is worried and she says she heard her and Fateh’s talk. Then, Tejo says that they were not fighting but it was just a little quarrel. Mahi says she will help Tejo but Tejo says her to go to college. She further says she can handle this and Mahi goes.

Tejo says she will go to the academy and talk to Fateh. On the other hand, Jasmin saying that these papers are for their freedom but if anyone had got this, we would have been ruined. She kisses and hugs him.

Jasmin further says him that she is very happy and asks him to take her shopping. In the next scene, Tejo comes home and then Mahi asks her where are she lost. Then, Mahi says she can think about Fateh, and she asks if a patch-up happened between them. Tejo says no as he was not at the academy. After hearing this, Mahi says he has come back home sometime before and Tejo was finding him at the academy. Then, viewers will see that Fateh hitting the punching bag after thinking of Tejo and Buzo.

Suddenly, Tejo comes there and gives him a towel, he says thanks to her. Tejo asks him to talk a bit and then he asks her to say. She asks that she called him and went to his academy to see him but he wasn’t there. He asks was this is an important thing. She says no.

Now, what will happen next is still the crux of the story and everyone is eager to watch the complete story of the show. The upcoming episode of Udaariyaan will be going to air on 2nd September 2021 at 7 PM on Colors TV. So, stay connected with us to know more information regarding upcoming episodes of the daily soup.