Welcome to the most reputed page where you always get the fresh written update of the most prominent television daily soup, Udaariyaan. Yes, you just need to visit our website daily to get all the interesting key points related to the upcoming episode of shows. As we already know that Udaariyaan is going on top and regularly introducing many fabulous episodes to entertain every single fan of the show. The upcoming episode will begin with Jasmine sees a procession on its way to the Gurudwara. On the other hand, Fateh also thinks of her. Jasmin goes and washes her face. 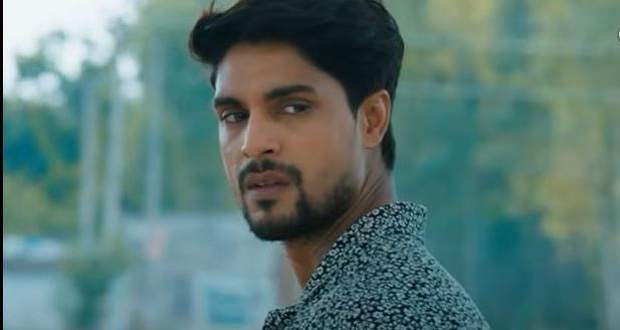 After that, Jasmin and Fateh get ready and leave for a walk. Jasmin joins the procession and Fateh runs on the road. On the other side, Tejo wakes up but she did not see Fateh in his place. But, she thinks that Fateh went jogging too early today as the time is 4:30 AM. She calls him but he does not pick her call.

Jasmin sees Fateh and holds his hand to stop him and he also sees her. Otherwise, Tejo finding Fateh in the house. Jasmin says to Fateh even he couldn’t sleep all night like she was not asleep. She says that even Lord wishes to see them together.

Thereafter, Fateh turns to go but she holds his hand and asks him if he is leaving her. After hearing this, he cries and tells her that she left him and turned away. She says that she is apologizing to him and urged him to forget the past and again accept her.

She added that she can not imagine herself with anyone else except Fateh. Then, she asks him to take her somewhere far from everyone as she loves him and she knows that he also loves her a lot as to his eyes clearly saying everything whatever he is feeling for her.

She put an option in front of him as she says that Fateh has only today to accept or reject her. He can either end their life or start it. She urged him to not keep her away from him and she hugs him. They both cry but suddenly Tejo comes there looking for Fateh. But, Fateh sees that Tejo is coming. When Tejo sees Fateh, he is standing alone as Jasmin goes from there.

After that Tejo asks him if he is all right. He says nothing as he was coming for jogging. So, the upcoming episode of Udaariyaan was actually very enthralling in which lots of emotional and exceptional moments take place to amuse everyone. Stay connected with us to know more information related to the upcoming television shows.