We are back with the latest episode of Udaariyaan that begins with Fateh who is still upset by thinking about Tejo. He keep thinking about her and another side, Tejo as Tanya in London comes to the show. As we have told before that the show has a lead of 6 months where Tejo will be seen in London where she is working as a waiter in a cafe. On the other side, Fateh is asking Tejo once again in his life to the God. Keep reading to know more about the upcoming episode. 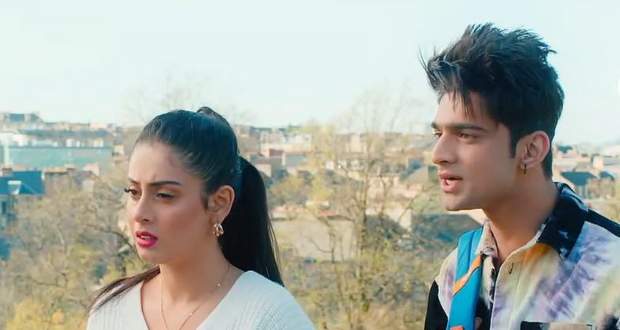 On the other side, everyone in the cafe stays happy with Tanya in London and her boss says that her beautiful nature stays everyone closer and growing her business. While Tejo is taking care of his family and everyone says that he is living like Tejo as he observes her in his life. He wants to help everyone so, he can take place of Tejo in the family. Fateh’s sister says that maybe, papa has more chances to win this election as he is too popular on social media. Fateh says that no matter who wins because the winner will be elected to form the same family.

Tanya’s friends say that learn from her to live. Tanya says that life gets one chance and Fateh asks his mother to cook a low salty food for everyone and asks to make a tea for him. He says that he wanted to make tea and his mother asks does he wants to become Tejo? Fateh replies that he can’t become like her but always thinks that why did she want to meet him in the hall that night? He thinks that if he reached there.

Fateh reminds Tejo after seeing his clothes in his wardrobe. He says that he is waiting to be re-born when Tejo will be hers. Another side, Tanya shows herself a fearless, alone, and happy girl to everyone as no one is here in this world. Tanya collects money for her vacation, a charity for helping people, and top secrets. Her landlord asks why is she collecting money for top-secret? what is it? Tanya tells that there is no one of hers in this world.