The latest episode of Udaariyaan begins with Jasmine who sees Tejo and reaches for her. Jasmine asks why did she come from the house without telling anyone. Tejo says that will she help let her meet Fateh? She says Yes, and Tejo asks her to call Fateh by her phone. Jasmine tells Fateh that Tejo wants to meet him. Fateh gets happy and thinks that she has changed her mind after reading the letter. Fateh turns his car and Jasmine asks him to meet her behind the Vasant Hall. On the other side, Roopi and his family is preparing for the wedding. 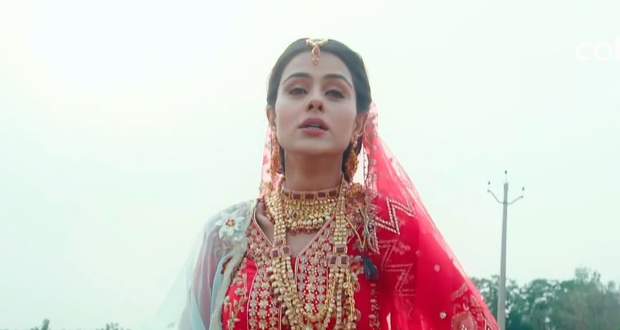 Roopi keeps thinking about the letter of Pandit and says that will everything fine? Roopi’s mother asks him to think well and everything will be fined. Roopi says that he is worried. Another side, Jasmine says that she can take this auto to go there and hugs her. Jasmine says that Love will win today. Tejo remembers Fateh and thinks that what is right and what’s wrong? Another side, Angad sees them together and gets upset. He thinks about what Tejo said to him? Roopi receives a call from doctor who tells him that everything is going fine and tells about Tejo report’s as well.

Doctor says that good news is here and they got to know when she gave her blood to him. Roopi says that what is he trying to say and what is in the reports? Doctor says that there is no worry and tells that Tejo is pregnant. Roopi doesn’t hear his voice clearly and says that he couldn’t listen to him carefully. On the other side, Fateh thinks about Tejo and thinks that maybe, she wants to forgive him. He gets confused and Roopi thinks that something wrong is about to happen.

On another side, Angad comes in his real face. Tejo asks Jasmine to come with her but Jasmine says that Fateh is with her and everything will be fined. Khushbir calls Fateh but he doesn’t pick and Satti asks Bojo to call Fateh where is he? The Episode Ends.