Well, the latest episode of Udaariyaan begins with Fateh who is showing the video to all. Suddenly, they see themselves in the video which was recorded on the day of the Holi celebration when they both were together in the room. Everyone gets shocked and stands. Roopi sees Fateh and suffers a heart attack. Tejo thinks that Fateh took revenge on her and sits down. Tejo’s brother gets angry with Fateh. He says that he didn’t do this anything. Fateh tells everyone that he didn’t do anything. While Roopi’s health gets worse. He falls down and everyone runs to him. 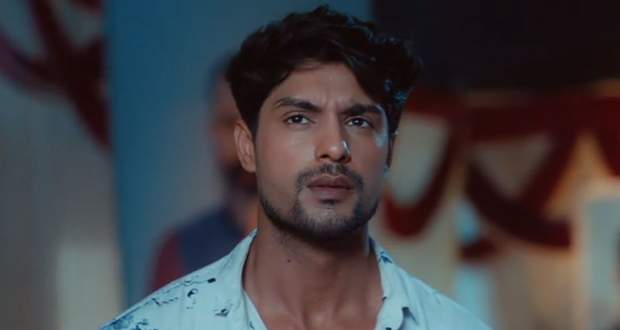 He was rushed to the hospital and Fateh is about to leave but Khushbir shouts at him and says who did this? Because no one could this from Sandhu’s party so, who is involved in this? Fateh says that he doesn’t know but reveals it as soon as possible. He says that he will take his life. He says that Tejo needs his help and Sandhu family gets worried about Roopi’s health. Angad says that the doctor is one of the top doctors of India. Tejo’s mother says that she didn’t even think that Fateh will do this.

She says that Roopi was always right and Tejo says that she didn’t know that he fell like this. On the other side, Khusbir scolds everyone of his party and says that he doesn’t want to become a part of these politics. He says that he wants the name of the person who did this with Sandhu’s family. He gets tensed and says that he will have to go to the Sandhu family. Another side, Fateh and Amrik gets worried about Roopi.

Fateh says that he will not leave the person who was involved in this. Later, Amrik reaches the hospital and says meets Jasmine. He says that he has forgiven her. Jasmine says why did Fateh do this? Amrik says that he didn’t do anything wrong. Another side, Fateh reaches to the operation theatre and Sandhu’s family gets angry with him and asks him why did he come here? Fateh says that he just came to know the condition of Roopi uncle.

Sandhu’s family says why did he do this and Fateh repeats that he was involved in this. Tejo sees Fateh and she slaps him by saying that he crossed all his limits. He didn’t care about her but he should think about her family once. Fateh says that he didn’t know who changed the Pendrive. Tejo asks him to shut up and go from here. Angad comes there and asks him to leave as the situation will go worse. He says that he will not go anywhere and will not leave her alone. She doesn’t want to see his face but he will remain here. Angad shows how Tejo hugs him and Fateh gets emotional after seeing them. The Episode Ends.