We are back with the latest written episode of Udaariyaan begins with lots of twists and turns because of Tejo and Fateh’s love story. As we have seen in the previous episode that how Khushbir and Roopi stood against each other in the election and has become a politician but many troubles have been made in the matter and along with this, Tejo is doubting Fateh that he has an affair with Jasmine and when she saw the CCTV footage, Jasmine appeared with Fateh in the tent where she just went to meet Amrik but found Fateh there. 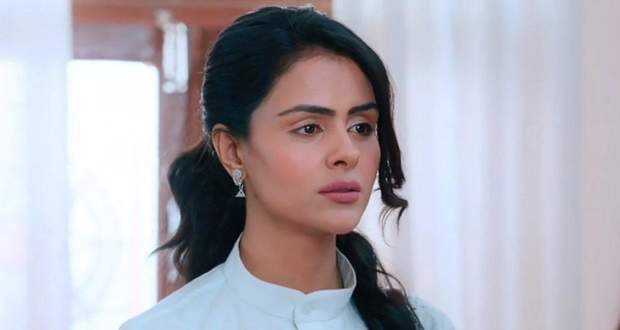 Tejo misunderstood this and got confused about this matter. At night, neither Fateh was feeling relaxed nor Tejo because of their problems in life. Fateh sent her message to meet him at night and also, Tejo wanted to meet him and wants to clear all her doubts. When Tejo left the house on her scooter, Angad reached there and saw her leaving the house at late night. He decided to follow her and when Fateh and Tejo met to each other and Fateh held her hand to talk, he saw Angad there and shouts at Tejo by saying that she came with her bodyguard.

Everyone is now eagerly waiting to watch the next episode of the show in which something twisting and turning is all set to be held. It appeared that how both parties of Khusbir and Roopi came into a heated argument and fought against each other. Along with this, Roopi suffers a heart attack after an inappropriate video of Tejo and Fateh. The video was recorded when Fateh and Tejo were in the room during the celebration of Holi.

Everyone knows that Angad Mann was involved in this who recorded the video of them and later, saved in the Pendrive. He knew that when everyone will come to the hall and watched the video, Fateh and Tejo’s image will be ruined in front of all. Now, the latest promo video shows that Fateh rushed to the hospital to see Roopi’s health condition and Tejo slaps him by saying that he is the reason behind her father’s health.

Later, Roopi calls Angad Mann and Tejo together and requests Angad to marry his daughter and take care of her for her entire life. Everyone gets shocked after hearing this from Roopi and also, Fateh gets shocked as he thinks that he is about to lose Tejo. Let’s wait to watch the upcoming episode tonight.