The episode starts with Tejo and Fateh, Fateh cries after recalling Jasmin. Tejo finds that the cushion was wet and she got worried for Fateh. Jasmin is continuously messaging Fateh but her messages were not delivered. She got worried and ask Amrik if he is having Fateh’s new number. Amrik says that Fateh hasn’t changed his number and he might have blocked you. He says that Fateh and Tejo are home and went to their room. Tejo has assigned him a duty to drop her at college. He has insulted Mom for Tejo. She says that the cause of these arguments is Tejo , she doesn’t fit into this house. Amrik says that she doesn’t even fir with Fateh. Jasmin got upset to know that Fateh blocked her number. 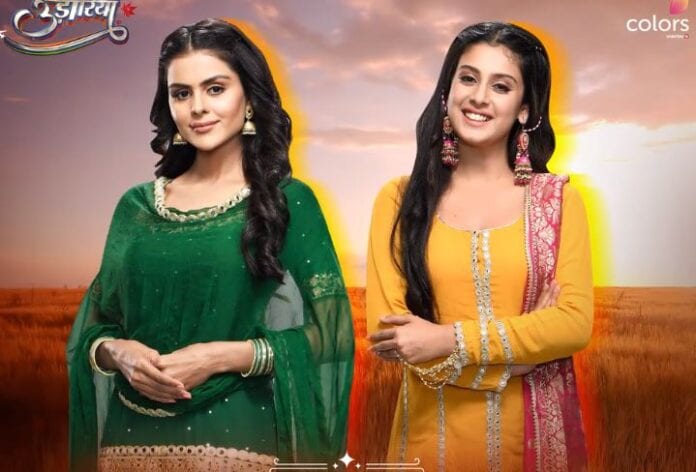 The next morning Fateh drops Tejo at college and Jasmin watch them. Fateh asks Tejo to send him the pics of the play. He wishes her good luck. Jasmin tries to talk to Fateh but he refused and left. Fateh took Tejo to a cafe and says that a thank you could be enough. She says that thank you should be special as the principal was impressed with the play. He says that you can make anyone do anything. Fateh feels happy to see candle lights, and order food. The food arrives and he got surprised that Tejo has already ordered his favourite dish.

Satti calls Tejo and she tells them that she is out for dinner with Fateh. Satti is happy to know and says enjoy your dinner, I will not disturb you. Jasmin overhears Satti’s conversation. She asks if Tejo is fine. Tejo asks Fateh about his father’s factory. he says that we will lose the factory as there are no good coaches. Tejo suggests that he can be a good coach. He refuses and says that he is not dedicated to his work. She encourages him to reopen the factory and will work on it. Fateh feels happy that Tejo is concerned about his career.

She says this is what friends do. Jasmin wants to know about Tejo and Fateh. She gets ready and goes out for dinner. Fateh gets on the stage and says that my wife has a beautiful voice but today I will sing a song for her. Jasmin arrives at the cafe and says that I will sing with Fateh. He ignores her and leaves the stage. Jasmin cries but Fateh ignores her. Tejo asks him did he enjoyed it. He says that it was a beautiful evening with you, and we will come again. To know more about this article stay connected to us.