Get ready to know the written update of Udaariyaan of tonight’s episode in which makers are showing a very big turn that changes the complete story. The upcoming story of the show will totally make everyone very curious to watch the full episode. 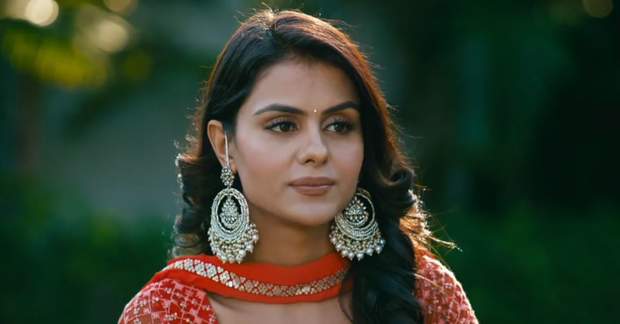 The episode begins with Fateh telling Jasmin that he has become a conscious spender as he has already spent his entire life savings to arrange a big surprise for her. She wants to know what surprise he is planning. She states that she did not give any indication of the surprise.

He tells her that he cannot tell her anything right now, he will have to wait for two days, and then he will get a surprise before marriage. But Jasmine refuses to wait for two days. She wants to find some way to reach her surprise and know what it is, that she has invested her entire life savings.

Later, Satti talks to Tejo and questions her about her sudden decision to remarry. She tells that Tejo was not ready to go ahead, then how she decided to marry Angad. She says Tejo has agreed to get engaged so soon, it is a hasty decision. She wants to know the reason.

She doubts Tejo’s decision. She asks how she agreed to marry Angad without taking any time. Tejo worries that the family might learn of her plan to help Fateh and Jasmin. On the other hand, Fateh and Angad meet at the pub and share some drinks.

They both talk while intoxicated. Fateh tells Angad that his marriage with Jasmin is due two days later, he is blind in love with Jasmin, and soon he will marry Jasmin for that blind love. Angad cheers her up and tells him that it is her fake engagement with her fake fiancee. Fateh comes to know about the truth after listening to Angad.

Is Fateh completely clueless or is Angad planning to pursue Fateh’s true love for Tejo? The suspense remains to know about this big surprise of Fateh. Is Fateh’s blind love for Jasmine true or will there be a big setback at Jasmin’s wedding mandap? What will happen next is still the biggest suspense of the story and many people eagerly want to watch the full episode of the show. So, Udaariyaan will be going to air on Colors TV at 7 PM and you can watch it on it.