Again we are back with another great written update of the most prominent daily soup, Udaariyaaan. We know that the show is actually very famous and collecting lots of love from the beginning. The upcoming episode begins with Fateh shouting at Tejo and Buzo. He asking Tejo to tell the truth that she and Buzo and in a relationship. 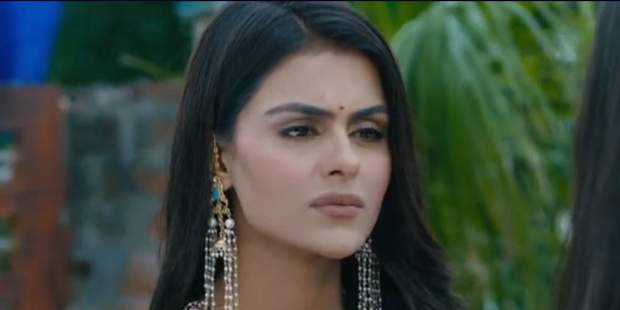 Dada Ji asks why are he shouting at her but Gurpreet says Fateh is right but as she is just about to tell anything Tejo says no. Tejo clarifies that it’s not like that as she was crying and Buzo just consoling her. Suddenly, Fateh says Khushbeer will agree with her words but he and mum will not make a fool.

Then, he gets angry at Buzo and says how long they both put the curtains on the Truth. He forces him to tell the truth and suddenly, Simran comes there and says she will tell what’s the truth. When she walks in everyone is shocked and then Gurpreet says Simran and then hugs her.

Simran says she has only come for Tejo and then Fateh asks she has just come from Canada to India for Tejo. She says no, she is coming from Faridkot as she come back from Canada three years back. Fateh asks her that she is in India for the past three years. Amrik says they spoke on video call last week and then Simran replies that the call was false. Gurpreet asks her when did she come and what about Amanpreet. Khushbeer says don’t take the name of that guy and then Tejo recalls Simran’s words.

Khushbeer further says that she has no courage to tell everything to everyone. Then, Fateh please tell what Tejo and Buzo know but anyone else did not know. Fateh asks Simran to tell them about the entire matter and then he asks Buzo as he knew about Simran previously. Now, what will happen next is actually highly anticipated and interesting to watch.

Udaariyaan Tonight’s episode will be going to air on Colors TV at 7 PM. Everyone will watch the complete episode on Colors TV without any hesitation. So, stay connected with us to know more information related to more interesting daily soups.