The serial “Tujhse Hai Raabta” episode today starts with the Kalyani. Who tries to understand the Anupriya and tells the Avani really needs the blood and you are the only one who gives the blood to Avani. Anupriya says you can’t understand in one time, that I can’t give my blood to any murderer wife. Kalyani says in this matter what is the mistake of the Avani. Anupriya said that she can’t give her blood and she does not help her this time. Kalyani said that she is stubborn and said to her to come here. Anupriya slumps the frypan on the floor. 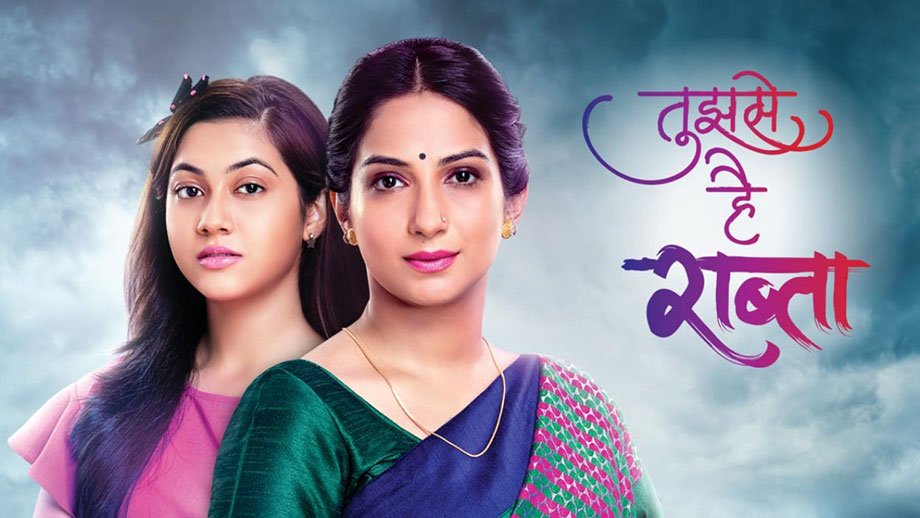 Kalyani said that she will talk to Aosaheb and also said that you can’t ignore his words. Pallavi comes there and gives threats to him Anupriya, asking her not to break her daughter’s support for preparing her divorced daughter married. Aaosaheb tells the Vivek that Damini can cancel the grant to our business and tells us that we have to cut the salary to our employees. Kalyani comes to talk to him. Viveka says that they are busy with something important talk.

She asks why Damini cut the grant because she only changes her mindset because Kalyani denies her so she feels so bad. Godawari comes here and tells that she does not marry with Vikaram and also tells that it hurts her self. Pallavi tells that Vikaram is a good man and also a rich person. The Godavari said that you only think about the money and go. Kalyani says that she will talk to the Godavari. she tells Aosaheb that Avani needs the blood and Aai has the same blood O negative.

Anupriya comes there and say her to come here. Kalyani said that she agrees. Anupriya said to wear the bangles and also says her to ready for this marriage. If she wants to donate the money then firstly she has to get married to him. Aaosaheb remembers and then show FB, Aaosaheb said to Anupriya that she is happy in this relationship and also tells that Damini is ready to get her married to her son. She said who will marry her. If Malhar again traps her or tries to kill her. Anupriya said that we will not let this happen. Aaosaheb said that our fortune is bad and confirms Anupriya. She said that is you forget what Pandit Ji said to us? For more information keep watching “Tujhse Hai Rabtaa” and stay connected with us.