The written episode of Tujhse Hai Raabta 10th April 2019 begins with Aparna crying hugging Aao Saheb and asks him to bring Appa back, after telling this she starts crying. When Aao Saheb saw that Aparna was crying then she asks her to stop crying and said in a very angry voice that nobody will cry and mourn for Rao Saheb’s death.

She said in a very sad voice that the tears are the sign of weakness and ask the people to go. Aao Saheb slaps her frequently and asks her to stop her tears. Aparna said to everyone that now no one shall cry, and asks everyone to save their tears. 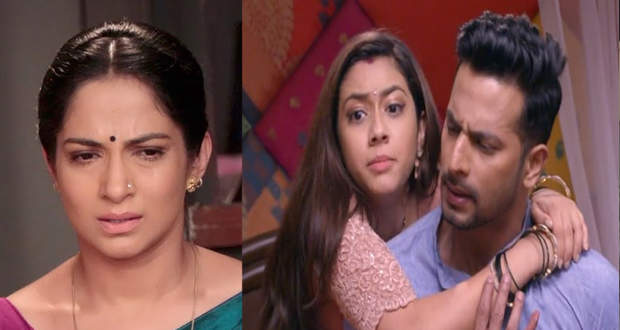 After seeing this Kalyani comes to Aao Saheb and said her not to stop her tears. She said Aao Saheb to let her emotions come out and also said to Aparna you are paining yourself by doing this. Kalyani said heart gets light if she cries and said in a very sad way to leave Aparna. Kalyani said to everyone that they have to accept the reality, Azooba is not alive.

Upcoming Tujhse Hai Raabta 11th April 2019: Malhar brings all the photo frames and garlands and said that only his Aai’s pic will be hanged in the frame. Aao Saheb told that she will put a full stop to his identity and gets very angry.