As we know Thapki Pyar Ki is a very famous show among people. It is running with good TRP on Television. Here we are back with another written update. According to the promo videos are going to be very interesting and entertaining. The latest episode starts with Purab saying an international company filed a case against Veena records worth 30 million dollars stating they have rights on their last song launch. 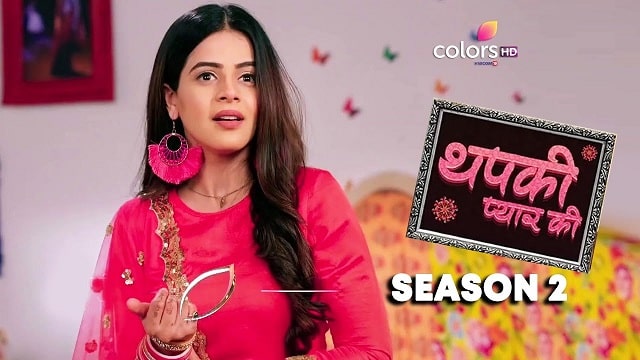 All members get shocked to hear this news. Thapki tries to help Veena but she refuses. Purab says it’s not Sagar’s mistake. Sagar says let’s search for a way to save their company and house. Veena says to Hansika that she should sing songs back to back songs so they can come out from this tough phase. Thapki says them a way that they can pay money in installments and half of the property is her so she is giving advice. Purab tells that can talk in this way.

Thapki confronts Hansika and asks what she did to cause a new problem for them. Hansika replies that why will she do this when they are with her and says to Thapki that she has no right on property and Purab too.

Thapki says she will Punish Haniska she gets to know she is the behind of this situation. Thapki tells her she will disclose to everyone that it’s her voice. Hansika says she will say them Thapki forced her to take credit. Thapki asks her to see what she did.

Veena asks Purab to search for a new singer. Purab asks her to sing but she refuses and asks him to search. Thapki overhears them talking. Purab agrees to arrange an audition. Thapki decides to sing for Veena records. Thapki tells Purab she can do something but he refuses her help and she sings in front of him.

Purab says Hansika’s voice then She tells him Hansika just did lip-syncing. Purab asks her why has she hidden this. She replies that she was helpless at that time Hansika had taken advantage of her obligation.

Purab hugs her to cry he trusts her which turns out to be Thapi’s imagination. She tries to tell him but he goes out because Dadi is calling him to say that Veena falls on the stairs. Purab runs to Veena and he makes her sit comfortably on the sofa.

Dadi says her don’t take stress and she tells her she will bring a tablet. Thapki brings the tablets. Veena tells poisonous people won’t give medicine and refuses to take the tablets. Stay tuned for more updates.