As we know  Thapki Pyar ki 2 is very popular among people, it is running well with great TRP on television. Here we are sharing a written update of the latest episode. According to the promo videos, the latest episode starts with Hansika saying to the family that she wants to show a video to the family, and she is about to show the video where Thapki is telling Hansika that she will marry Purab in the same Mandap. 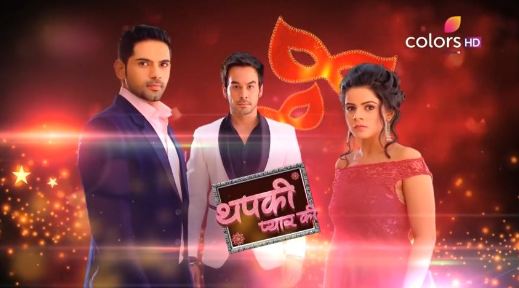 However, when she shows the video she sees that the video was not the same which she wants to show. Then she is shocked to see that in the video Thapki is saying that she is very upset and she has realized that day she should not be exchanged with Hansika. She is sorry for that day and she promises that Hansika’s Vidai will from this house, keep reading.

The entire Family says why is she showing this video, Thapki is smiling to see Hansika. Hansika is wondering what is happening and how video has changed. After that Hansika gets away from there then Thapki calls Hansika and stops her.

Thapki says to Hansika what is she thinking? how the video has changed. Thapki tells her that when she was clicking the photos that time she has changed the video she deleted the original video and add her edited video. Scroll the page for getting more information.

Thapki rounds her wheelchair and tells her entire activity behind changing the video. Thapki says she has done very easily. After that Thapi asks Purab why is he upset. She asks she is upset due to the video she said in that video, keeps reading.

When Bridal comes in the Mandap she comes with the Ghunghat. Priyanka says to her mother-in-law that Thapki is not appearing anywhere. She thinks where is she. Then you will see in the Episode that the Garland ceremony gets started and Purab stops and he says the garland ceremony should be done without Ghunghat all agreeing with him that he is right. Bridal starts to open her Ghunghat and Purab is curious to see that who is behind the Ghunghat.

Dadi also looking her what will happen. Episodes end. Let’s see what will happen next in the episode. What is the planning about the marriage? The show is going to be thrilling to watch so don’t miss the latest episode?