Get ready to witness some interesting and exciting drama in your favorite daily soup named Tujhse Hai Raabta. Now, the show begins with Malhar who accuses Anupriya of leaving the house. On the other hand, Kalyani trying to console him and says that how could he think about her mother like this. Just after that, she says that she will definitely prove Anupriya innocent and she is going to find her. 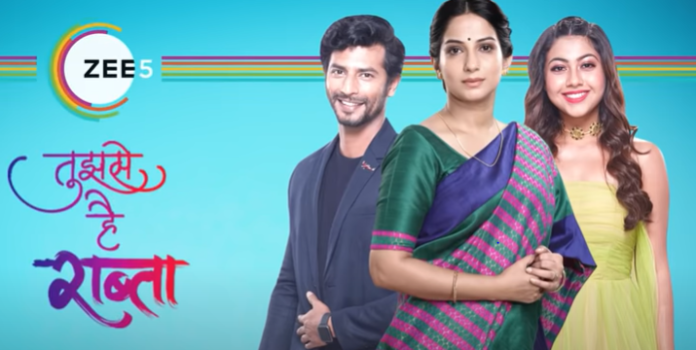 But, when she is just about to leave the place, Malhar stops her. Kalyani replies that at any cost she will find her and after hearing this, Malhar orders his all constables to find Anupriya no matter what happens.

After Kalyani hears his words, she snatches his mobile from his hand and says that she will never let anyone accuse her mother, he demands to return it but she refuses to give him a mobile back. When she refuses to give his mobile back then Malhar gets angry. Suddenly, a constable comes with the manager of Jagdam Shanay and after that, they start interrogating him regarding Jagdham. In the investigation, the manager does not respond to the officers. After seeing this, Malhar slaps the manager.

While reading the letter, she sees the mirror and gets the real meaning of the letter. The story of the show is actually going on very well and entertaining everyone by showing such great scenes. All the stars who will be going to perform in the show are actually very exciting to watch and also engaging more people to