Most of the popular wait for some of the best shows on Sunday to get relief from their all stress. There are lots of amazing shows that broadcast on Saturday and Sunday. You can watch those shows with your family and leave you all stressed. Well, if you are waiting to watch something joyful and funny show, The Kapil Sharma Show is always available for all the watchers who love to watch ultimate comedy. 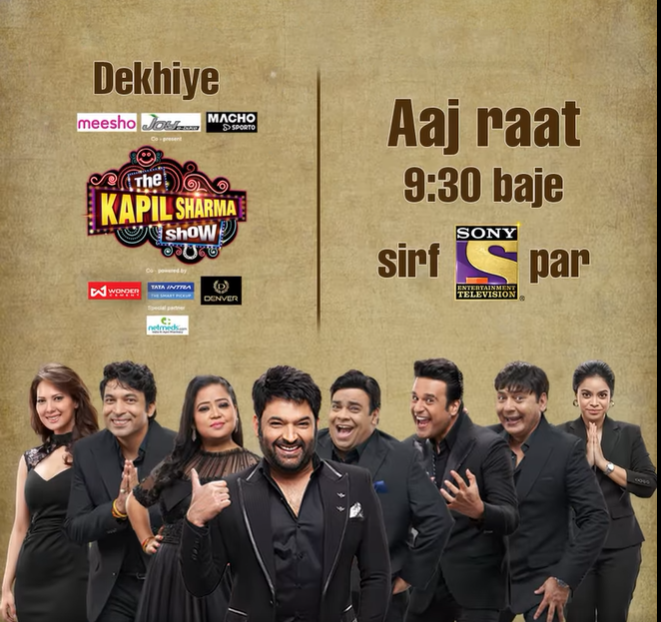 Like every weekend, we are back with the latest written update of India’s popular comedy show, The Kapil Sharma Show to spread entertainment among the fans. It will be interesting to watch every single episode of the show every weekend.

Since the show began, it has been coming with some of the best and popular celebrities around the world. You can watch every episode on Sony Entertainment and now, the next episode is all set for all the watchers. It will be interesting to watch every episode with your family.

Now, the upcoming episode will bring lots of celebrities who are coming to promote their movie. Yes, the cast of the “Tabbar” movie is going to become a part of the show this Sunday. You can watch the latest episode on Sony Entertainment and get to know that how the cast member reacts or behave behind the camera?

Tonight, we will get to see singer Daler Mehndi and Rekha Bhardwaj, and actors Kanwaljit Singh, Ranvir Shorey, Gagan Arora, Pawan Malhotra, and Ajitpal Singh who are the main cast of the movie “Tabbar”. The series has been released on Sony LIV on October 15, 2021.

Watchers are going excited to watch this latest episode of the show because the promo videos of the upcoming episode have been released on the official Sony Entertainment Instagram account and watchers want to see the cast of Tabbar.

Actor Gagan Arora has not worked in movies before but he was the main actor of the series College Romance, in both seasons. He gained his popularity from the series and now, the actor has appeared in the new series. Fans are also waiting to watch him in a new series.

Some glimpse has been revealed that show the special moments of the cast and the show’s cast together. On the bits of Daler Mehndi, every person on the stage will dance and along with this, the cast members of the show will come to the stage to spread some happiness among watchers.

Krushna Abhishek will come into the dressing up of Sheikh and asks Daler Mehndi that he can’t sleep well because whose brother is Mika Singh, he can’t sleep well. Everyone laughs over his jokes. So, let’s wait for the upcoming episode of the show tonight on Sony Entertainment at 09:30 PM.