Are you excited for another comedy episode of The Kapil Sharma Show? The weekend is ready to telecast the latest and fresh episode of Kapil Sharma where some famous celebrities will come into the show to spend some quality time with the host of the show Kapil Sharma including the cast members and judge, Archana Puran Singh. 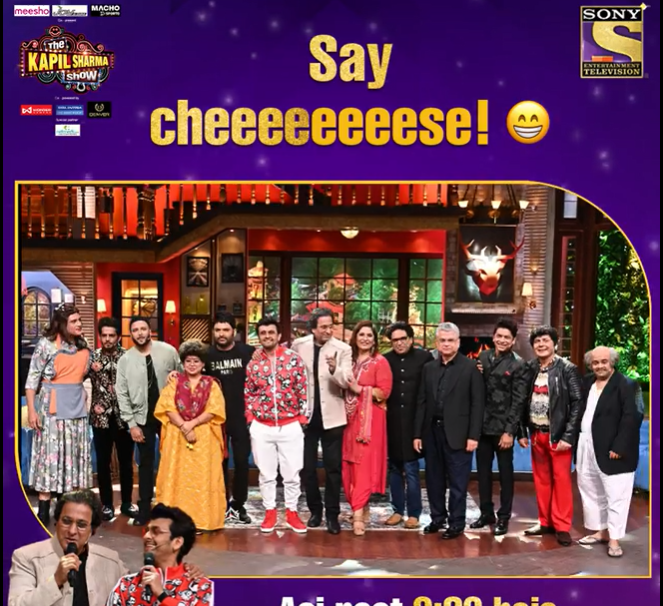 Mainly, the stars come to the show to spend some quality time among fans and promote their upcoming movie, series, songs, shows etc. You can watch the latest episode of the show on Sony Entertainment Television every Saturday, and Sunday.

Now, the latest episode of The Kapil Sharma Show will come with lots of amazing and talented singers of the Bollywood music industries who have gained massive popularity among the fans, and still, their talent has been loved by the fans. As we know that before releasing the latest episode of the show, the makers release the promo videos on the official Sony Entertainment Television.

Where you can watch the guest who is going to give their appearance on the stage of the show. Fans are too excited to watch the latest episode because tonight not only 2-3 singing stars will be shown on the stage, we will get to see more than five music stars on the stage including, Sonu Nigam, Hariharan, Shaan, Sameer Khan, Talat Aziz, and others.

They will come to become a part of the show and spend some quality time with their fans. They all have given some of the best hit songs to the listeners and tonight, all these sensations will be seen on the stage of Kapil Sharma.

Well, the recent promo video of the show is revealing that how Kapil will ask inhale some balloons to all the singers and the balloons is filled with helium gas. The moment starts with singer Shaan who will inhale first and sing “Chaand Sifaarish” in a childlike voice.

Then, Hariharan turns and he sings “Chappa Chappa Charkha Chale” and later, Sonu Nigan sings “Abhi Mujhe Mein Kahin”. Everyone laughs at them as their voice was childish. While Kapil says,” they must be thinking that what are we doing with such big stars”.

Along with this, judge of the show, Archana Puran Singh will ask Sonu Nigam that you are effortless in front of the camera and he should act. On this question, Sonu Nigam replies that I have had such a great experience during Jaani Dushman, then I thought let’s just not try ahead”.

Many more such moments will be seen in the latest episode of The Kapil Sharma Show and the entertainment will increase when the cast members of the show, Kiku Sharda, Krushna Abhishek will come to the show. It will be interesting to watch this so, let’s wait for the next episode tonight at 09:30 PM IST.