The promos of the most entertaining and funniest reality show have already created such a huge sensation on social media. Yes, we are talking about The Kapil Sharma Show. The show is actually going on very well and amusing every single fan a lot. 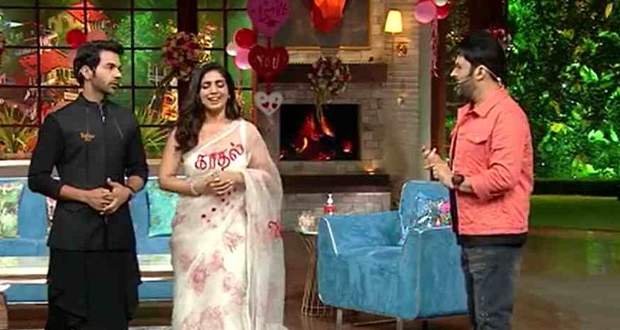 The best part of the reality show is the team of Kapil Sharma. We can say that the real gems of this show are the team members and Kapil Sharma. Every time, Kapil joins the stage, the level of entertainment and excitement reached the sky and makes everyone very curious to see how the upcoming episode will go on.

The forthcoming episode of The Kapil Sharma Show will begin with Kapil who takes his grand entry to create the scenario highly anticipated for the audience. After that, he greets Archana Puran Singh and then he invites special guests of the show will join him in tonight’s episode.

So, the names of the guests are Karan Singh Grover and Bipasha Basu. Now, we don’t think that they both need any introduction. Along with it, the episode of the show will be also worth watching in which they both will appear with Kapil Sharma and his team.

Talking about some highlights of The Kapil Sharma Show, Kapil sits on the sofa and asks some silly questions to Karan and Bipasha. Kapil asks about fights that happened in normal couples to Bipasa and Karan. After that Karan give a funny answer that makes everyone laugh.

Karan says they both fight a lot but only when Karan did any mistake. After this, he further says that Bipasha does not fight but scolds. They both make everyone very laugh by sharing some outstanding and funny incidents that happened in their lives. Not only this, but Kapil also maintains the dose of entertainment by giving his best performance in a comedy.

On the other hand, Krushna, Sudhesh, Kiku and some more superb team members of Kapil Sharma will make the intact environment highly anticipated and amazing for the audience. We are sure that the upcoming episode of the reality show is actually going on very well and making the scenario very superb for the watchers.

Now, it will be very exciting to see how the episode will amuse the audience tonight. The Kapil Sharma Show will be going to air on Sony Entertainment Television tonight at 9:30 PM.