Indian four-wheelers company, Tata Motors just revealed the new Tata Punch for the customers of India and the official launching of the car will be made on October 20, 2021. Now, the customer can also be pre-booking the vehicles as the company has started to accept the pre-booking for the Tata Punch from today. 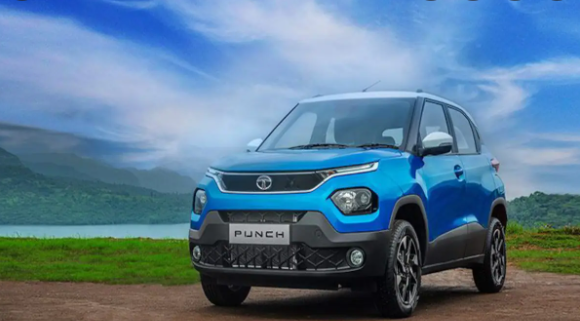 Along with this, the expected price of the car has also been announced and the customers will be available for this car in the range of Rs 5 Lakh to Rs 10 Lakh (ex-showroom, India). While the model will be available in a single petrol engine. Customers will get to choose many colors as the company will launch it in seven colors for the four variants under this model.

Now, there is much more information is given in which you can read all of them, and Global Head of Design, Martin Uhlarik said,” The Tata Punch was designed by the three design studios in India, Italy, and the UK.

Well, more than 140 design personnel was added in this project including hundreds of sketches, design proposals, some model that shows its awesome look and stunning design and Tata Punch is made from these things”. Now, some of the important information regarding Tata Punch has been mentioned below and you can read out every detail here.

The model will be launched with ALFA-ARC (Agile Light Flexible Advanced Architecture), created under the Impact 2.0 design. Along with this, it has projector headlamps, DRLs, LED tail lamps, 16-inch diamond-cut alloy wheels with dual-tone. While the front is streamlined by the humanity line grille. The company provided a ground clearance in the model around 187mm and a water wading capability of 370mm.

On the other side, if we talk about the interior so, the model has a granite black dashboard with glacier grey inserts mixed with fabric seats including a signature Tri-Arrow pattern. There is a 7-inch Harman infotainment system with Android Auto and Apple Carplay. While the model has new platforms which also allowed the Tata Punch to offer a boot space of around 366 liters.

This time, the Tata company will launch the model with a 1.2L Revotron BS6 petrol engine and the Dyna-Pro technology is also equipped in the model with both manual and AMT units.

This year, Tata Punch will be launched in front of various models as such Maruti Suzuki Ignis, Nissan Magnite, Renault Kiger, and some upcoming models such as Hyundai Casper and Citreon C3 in India.

The model will be launched in four personnel like Pure, Adventure, Accomplished and Creative as well. All the models will available with manual and automatic transmission options with customization packs and the model is also open for pre-booking at Rs. 21,000/-. On the other side, the customer will get to see various colours in the model such as Orcus White, Meteor Brown, Calypso Red, Daytona Grey, Atomic Orange, Tornado Blue, and Tropical Mist. Much more information will be revealed on the launching of the model.