The popular reality show for Tamil watchers, Super Singer have been capturing lots of attention from the fan since it was started. The show gained lots of fan following in the last few years and the show has come with seven seasons and currently, the eighth season is going on and fans have been watching this reality show on the popular TV channel, Vijay TV. 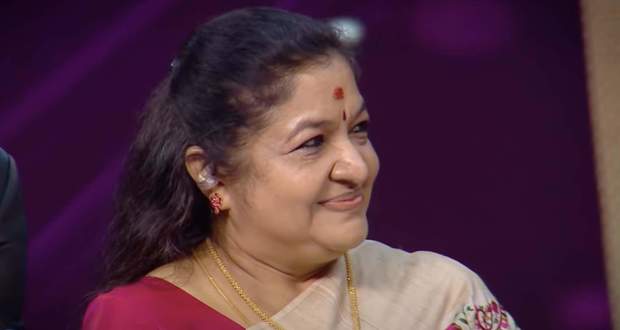 The show has been telecasting on this network since it started and till now, it has occupied the space among fan’s hearts. Everyone loves to watch this reality show where many contestants have participated and showing their talent to become the next singer and get the trophy of season 8.

Now, there are only a few contestants left including Anu Anand, KJ Iyenar, Muthu Sirpi, Abhilash Venkitachalam, Maanasi G Kannan, and Bharat Rajesh. These all contestants are competing in the show and performing best to reach to the Grand Finale of the show.

There are four judges for the show who will select the most appreciated and talented singer of the year. Also, their performance and talented will be analyzed first in all rounds and those who are best in every single round, will reach the Grand Finale of the show and there are judges, P. Unnikrishnan, Anuradha Sriram, Benny Dayal, and Shweta Mohan will declare the winner of the show.

Now, this weekend our contestant and judges will pay tribute to Singer Chitra who have given their contribution in the Tamil singing industry for the last 40 years. Along with this, the episode will be titled “Chinna Kyui; Paadum Paatu”. In the promo videos of the upcoming episode, we can see that Chitra Ji singing some songs for her fans with contestants. She will also sing an iconic song “Ninnukori Varanum” for the fans.

Not only her, but all the contestants will also sing Chitra’s songs in the episode from her collection and she will get emotional after hearing them. Also, Bharath Rajesh will sing a song with singer Chitra on the stage of SS8. While the last promo shows that every contestant will come to the stage and perform with Chitra on some special songs which will be an amazing moment on the stage till now. So, let’s wait for the upcoming episode of the show.