As we know that the most prominent reality dancing show Super Dancer Chapter 4 is all set to introduce another episode. All the overwhelming dance performances of the contestants make the reality show more beautiful and precious for the viewers. The performances that participants showing on the stage are extremely impressive. All the contestants who join the ongoing season are actually very commendable and finest who attract everyone’s mind because of their splendid performances. Now, the makers of Super Dancer Chapter 4 is ready to show the power pack of entertainment to all the fans who love to watch the outstanding dance of participants. 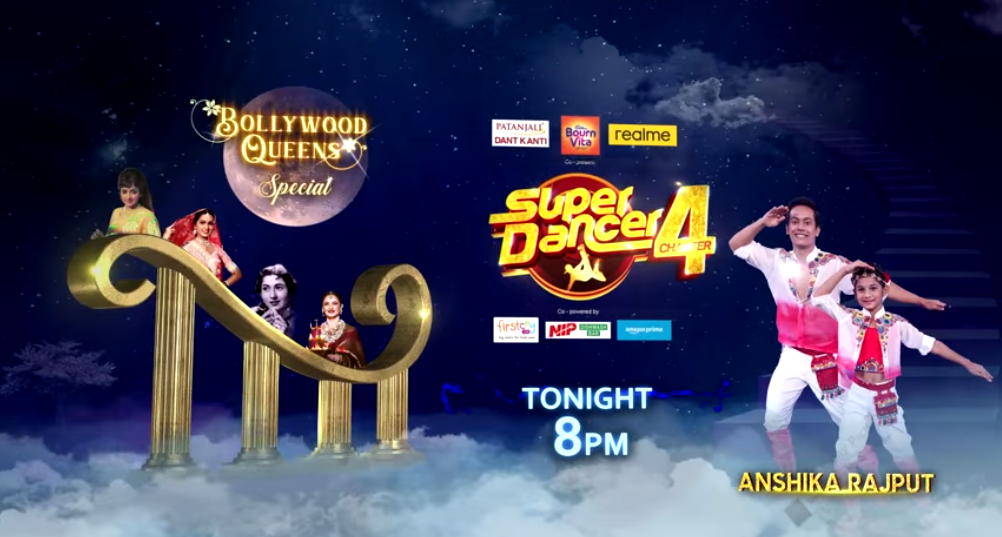 If we talk about the upcoming episode of Super Dancer Chapter 4 then it will be exceedingly brilliant. The best part of the episode is it will be Bollywood Queen Special episode. The first performance in the episode played by Aneesh and he stunned everyone by his electrifying performance on the stage. He joins the stage with his Super Guru Akash and they select the song “Ye Wada Raha”. Now, they both give a lot of great moments that never let anyone get bored by watching their performance. After their performance, the judge was also taken aback and gave some brilliant comments to praise them.

Along with them, Pratiti along with her super guru Shweta also shocked everyone available on the spot. They both select Kathak Dance form to allure everyone in the song titled “Piya Toh Se Naina Lage Re”. Their performance was liked by all as they choose a different style than the others. Everyone just hold their eyes on them while they performing on the stage. Nobody will miss their step of their dancing performance because they make up their mind to not blink an eyelid in the minds of all the fans.

One of the most spectacular part of the reality show is when Geeta Kapoor will come on stage and pay a soulful tribute to her favorite actress Rekha ji. After that Amit Kumar surprised everyone by showing his burning act on stage with his super guru Amardeep. All judges and spectators give him a standing ovation after watching their electrifying performance. Both set the stage on fire and made everyone go crazy to see their spectacular performance. Super Dancer Chapter 4 airs every Saturday and Sunday at 8 pm on Sony Entertainment Television. You just need to watch it on Sony TV to enjoy the spectacular dance performances of the brilliant and talented contestants.