One of the highly anticipated dancing reality shows Super Dancer Chapter 4 is on the way to entertain everyone a lot. From the beginning of the show, the madness among the audience is very high and everyone just wants to watch the fabulous performance of the contestants. The makers of the show also coming with some fantastic performances that in which all the participants show their eye-catching and mind-blowing talent in dancing. 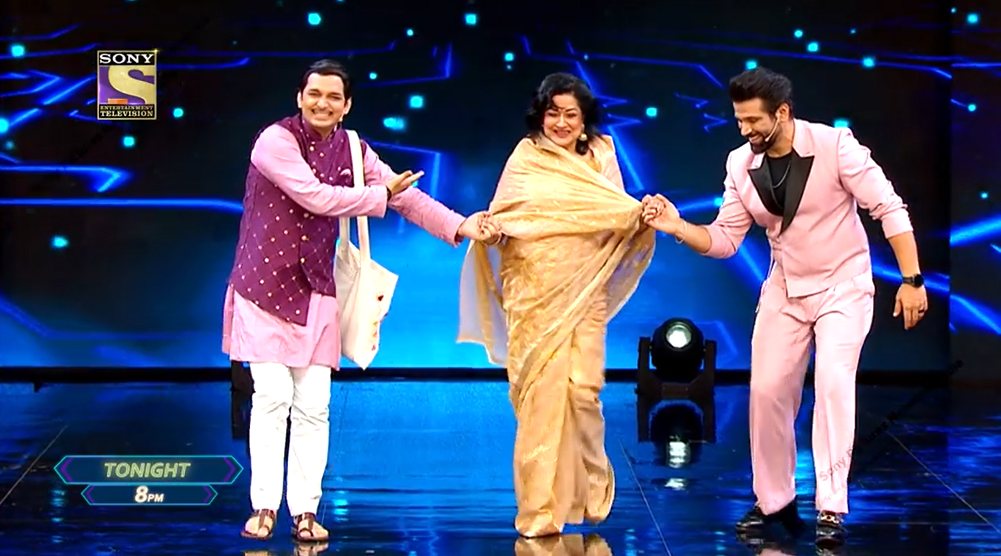 As everyone knows that the show is only for kids who are talented in dance. The upcoming episode of the show will be going to provide a very huge pack of entertainment.

The judging panel of the show will also be very happy after seeing Moushumi Chatterjee in the show. The contestants already hone their performance to give tough competition to all the competitors in the show. Along with it, the madness among the fans to watch the fabulous and mesmerizing performances of the participants is also very high.

If we talk about the performances, then Pratiti and her Super Guru Swetha will be going to perform on the song “Megha Re Megha Re”. The dance moves that they both show on the stage will catch everyone’s attention and no one can move their eyes from them for a second as well.

After watching their fabulous dance performance, Moushumi Ji also praises them a lot and gives them a very precious comment for their extreme talent in dancing. Geeta Kapoor also comments on them that their performance just added glory and shine on the stage.

After that, the much-awaited and best performance of Sanchit and Super Guru Vartika will make the entire environment very superb and astonishing for everyone. They will perform on the most famous song named “Ohh Hansi Khan Ud Chal”. They dance in a hip-hop style and add crispiness in their dance moves to make their complete performance very splendid and brilliant.