As we know Sasural Simar ka is very famous among the people. The show is running with great TRP on television. Here we are sharing a written update of the latest episode. According to the promo videos, the show is getting thrilling. The episode starts with, a Simar telling Geetanjali that no one can separate her and Aarav. 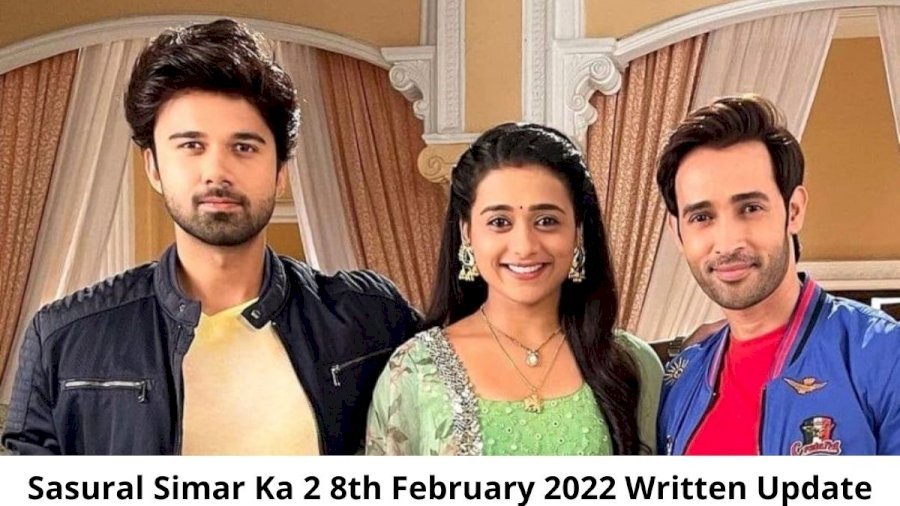 But if she wants to try, she definitely can try. She adds that she has won in Aditi’s case because she managed to scare Gagan. Geetanjali says to her that her mother has taught her very well, thus she has become the daughter-in-law of the house despite being a girl from a modest house Simar gives her a befitting reply to this and leaves from there.

Simar goes to Aditi and tells her that Gagan loves her so much. Aditi refuses to believe this. She says that if he really loves her, he would come here and tell me about his love. Simar tells her that Gagan had come here. Aditi gets shocked to hear this. However, Simar doesn’t tell her about Geetanjali’s behavior. She thinks Geetanjali will be worried after hearing this. She asks her to come with her.

Aditi asks where is she taking her. Simar doesn’t tell her anything. On the other hand, Gajendra comes to Dilip’s house with his family. Gajendra gets disappointed to see their small house. Dilip asks them to have breakfast. But Gajendra refuses for the breakfast.

Dilip’s wife tells him that Mayank has some problem walking thus he takes time. Sandhya and all get shocked to hear this. Then Mayank comes there. Dilip tells them that Mayank has trouble walking but is brilliant and smart as well. Sandhya asks him that he has not seen Aditi but he has agreed to the marriage and asked for any pressure on him.

He tells that he thought that they were having issues that’s why they wanted to get Aditi married to him. Chitra refuse. You will see that Simar tells Aditi that Gagan might have come talk to her but since the bullet was fired at him, he run away. Aditi shocked. Simar says to her that she will not let them separate and they have to go to Narayan’s house.

They go but Watchman stops him. On another side, Sandhay says to Aarav that is Mayank good for Aditi.  Simar on the other hand asks Aditi to climb the wall. Geetanjali Devi is about to see them but misses. Stay tuned for more updates.